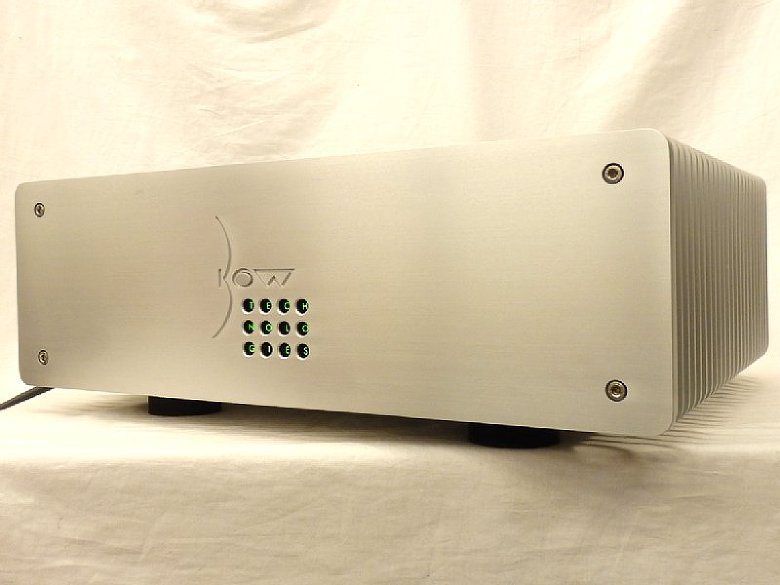 After bringing High End credibility to the humble ‘integrated amplifier’ with the pioneering ZZ-One and Wazoo, BOW Technologies now applies its acclaimed engineering and industrial design skills to the creation of an innovative high resolution preamplifier/power amplifier combination.

The Warlock and the Walrus offer all the advantages of BOW’s unique system integration, while maintaining the flexibility of separate components.

Employing minimal current feedback, the Walrus is based on a single voltage-amplification stage. The JFET/BJT cascode input stage, which operates at a high supply voltage, is loaded by a current mirror. The driver circuit is a single high-biased MOSFET. The output stage consists of two complementary pairs of high-power, ultra fast Toshiba MOSFETs.

The Walrus power supply employs 4 toroidal transformers, two for each channel, to ensure maximum speed and separation. Total transformer capacity is in excess of 1400 VA. 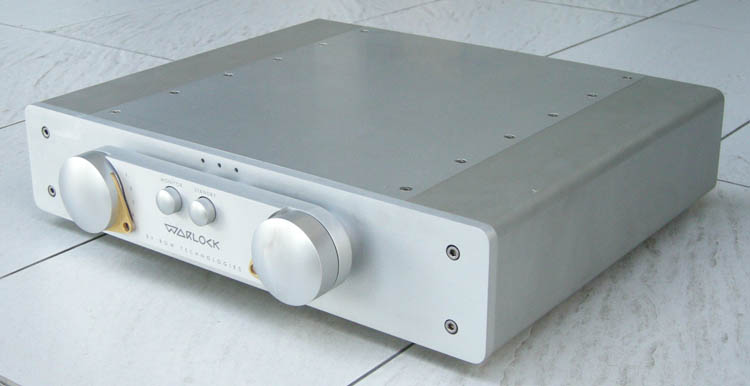 After bringing High End credibility to the humble ‘integrated amplifier’ with the pioneering ZZ-One and Wazoo, BOW Technologies now applies its acclaimed engineering and industrial design skills to the creation of an innovative high resolution preamplifier/power amplifier combination.

The Warlock and the Walrus offer all the advantages of BOW’s unique system integration, while maintaining the flexibility of separate components.

To ensure a short, pristine signal path, no relays are used in the Warlock preamplifier.

Dual preamplifier outputs provide the user access to the performance enhancement of bi-amplification or the convenience of multi-room sound distribution.

By employing a high performance motorized ALPS volume potentiometer based on a passive variable resistor coupled directly to chassis ground, the Warlock keeps this critical component outside the audio signal path for exceptional sonic purity and integrity.

Remote input selection is not available, as this would place nemerous relays in the signal path.

From spring 2004 the Warlock preamplifier comes with a built-in phono-stage (MM sensitivity) which should prove good news for all vinyl lovers.

Discerning listeners will be able to fully appreciate the sublime audio quality of the BOW Technologies Warlock and Walrus amplification system. 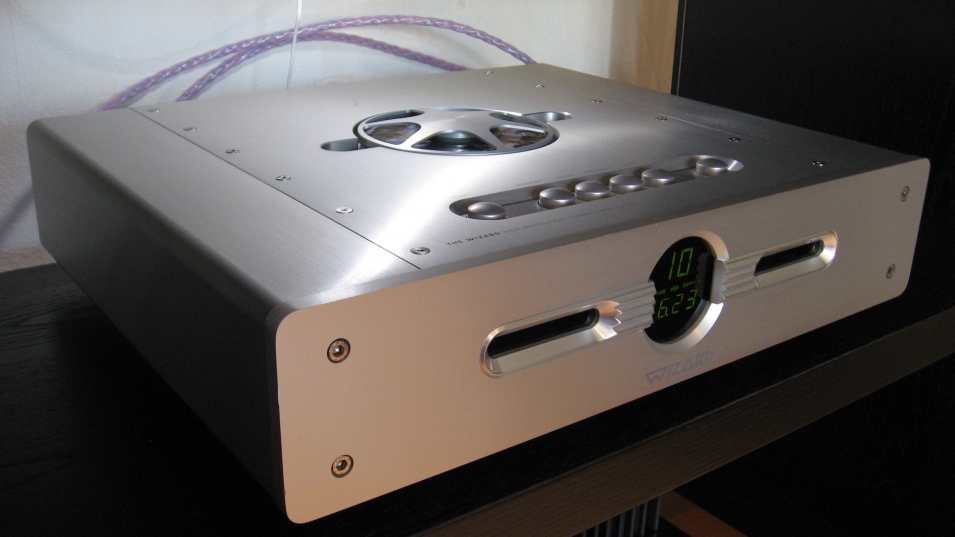 Carefully crafted by hand in Denmark, the Wizard employs only precision engineered mechanical parts and components specifically selected for their electrical performance, long-term thermal stability and audiophile-grade sound quality.
BOW Technologies’ assembly procedures are based on techniques used in the manufacture of the most critical medical and military equipment. This time-consuming perfectionist approach to design and manufacture ensure you the best in musical satisfaction and lasting value.

The heart of the Wizard

Implementation of the Inter IC-Sound (I squared S) transfer bus, which effectively isolates audio data, word clock and bit clock, virtually eliminates the major source of jitter in CD playback, for a refreshingly clear and smooth sound quality that will have you rediscovering the joys of your music collection for hours at a time.
To further reduce undesirable interaction between transport, digital circuitry and microprocessor circuitry, the Wizard employs 7 separate regulated power supplies for effective electrical isolation.

The Wizard is a unique open well construction, neatly eliminating static build-up and the inherent instability and added cost og mechanisms such as front-loading drawers. A specially developed and finely balanced self-centering disc stabilizer ensures ultra-stable rotation. A lens cover with leather padding is included to protect the laser lens when the player is not in use.

For the ultimate in system flexibility, the Wizard is fitted with single-ended phono and balanced XLR analog outputs and three digital outputs: 75 Ohm BNC, 75 Ohm phono and 110 Ohm balanced AES/EBU.

The Wizard is a sound investment in every sense of the word. Its modular mainframe construction lends itself readily to upgrades and ongoing design improvements. Today, the Continous Calibration Bitstream D/A converter, found in the original Wizard player, has been superceded by a 24 bit D/A converter with 192 kHz oversampling. This new improved version is designated Wizard 2. Upgrade to Wizard 2 performance is possible on all original Wizards.

The Wizard 2 comes with a plastic remote control, but a more elaborate aluminum remote control, designated the WAND, is also available. In addition to CD commands, it incorporates volume control for the BOW Technologies Warlock preamplifier and the WAZOO/WAZOO XL integrated amplifiers.

There are no reviews yet.

Only logged in customers who have purchased this product may leave a review.