iFi is a brand new line of electronics with trickle-down technology licensed from AMR and aimed primarily at the future, Computer Audio generation. iFi products boast Class A analogue circuitry with no DSP and the signal stays ‘Bit Perfect’ throughout.

How a product looks and performs matters, but so does its impact on the environment. That’s why nearly every iFi product and its packaging are made from highly recyclable materials like aluminum, paper, recycled plastic and why we refuse to use harmful toxins in our components. We do this to ensure that every product we release meets our environmental standards.

Other DACS use just one Burr-Brown Bit-Perfect chip. The Pro iDSD has four, making it the only ‘Quad-Stack’ DAC on the market.

But what really sets it apart is that it comes with:

This is ground-breaking technology at its finest. There’s simply nothing like it. 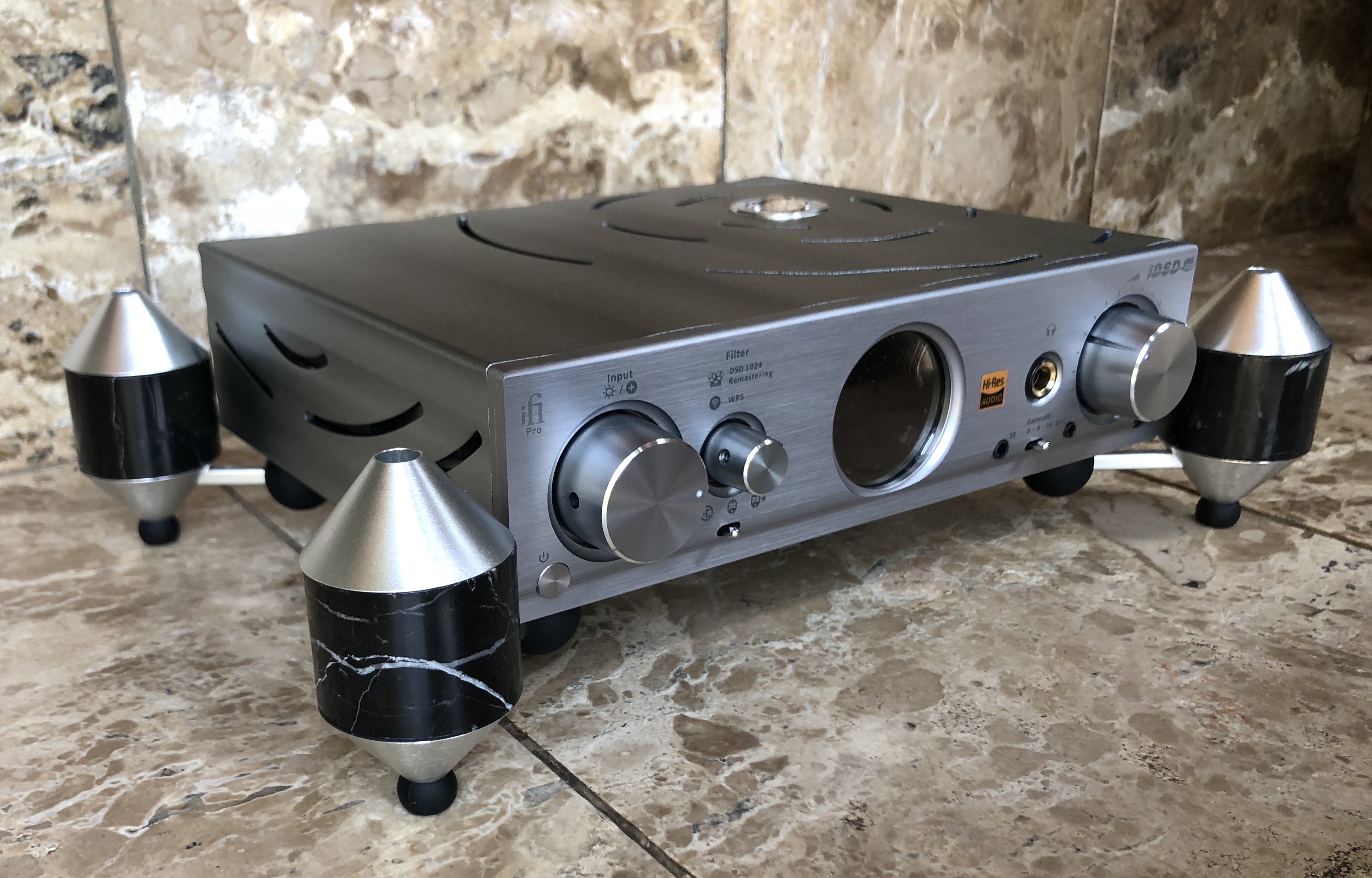 The gang of four - a quad “stack” of Bit-Perfect DSD and DXD DACs by Burr-Brown.

The “interleaved” configuration means that up to eight pairs of differential signals can be used and mixed - four pairs of signals per channel. 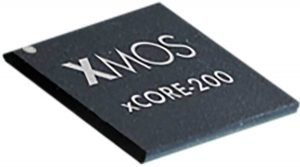 All-digital processing is Bit-Perfect, without employing ASRC or up-sampling unless digital filters are explicitly selected. 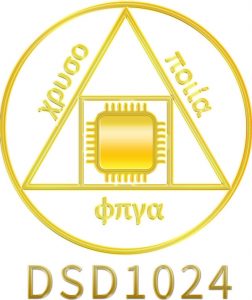 A first! The Pro iDSD brings Studio Grade DSD1024 to a wider audience.

For the DSD1024, if the MultiBit DAC is one half of the ‘heart’ of the Pro iDSD’s digital engine, then the other half is surely the Crysopeia FPGA.

This is where we believe FPGA excels, by handling the remastering duties to attain the DSD1024 audio format.

In fact, the Pro iDSD can handle all audio formats to to DSD1024 or DSD512 or PCM 768kHz with user-selectable digital filters. 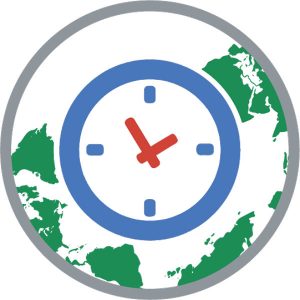 For all inputs data is sent to the Memory Buffer.

Here it is de-jittered to eliminate any transmission of source jitter to the DAC output.

The data from the Memory Buffer is further re-clocked by with the low-jitter Global Master Timing® clock, which also drives the X-Core 200 and FPGA. 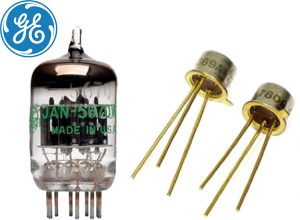 Firstly, we use the best tubes - General Electric 5670.

Second and just as important is the circuit design.

Unlike other amplifiers that have the same circuit and just switch in/out the tube section, the Pro iDSD is the very first of its kind that has two individual input circuits – one tube and one Solid-State.

This results in the best sonics of both worlds because the signal path is the shortest and there is no compromise to ‘shoe horn’ the tubes into an already existing solid-state circuit. 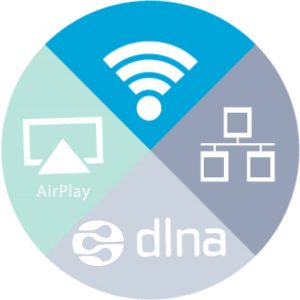 The Pro iDSD can directly link to a router for online music play.

With LINKPLAY™ WiFi/network playback, built-in Spotify and Tidal, and wide protocol support for 32-Bit/192kHz and DSD64, the Pro iDSD can directly link to a router for online music play. 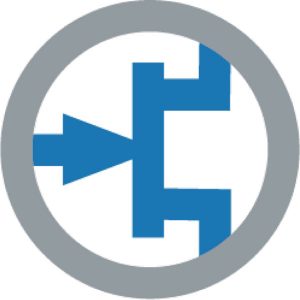 The resulting circuit may be best described as a ‘tri-brid’ where each device is used to greatest sonic advantage while minimising any drawbacks. 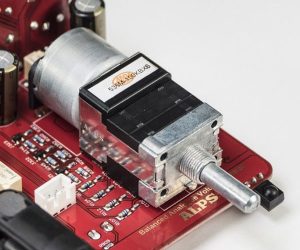 This is the ‘6-Track’ version with 4 tracks used for a true balanced volume control.

This is the litmus test for any amplifier to see if it is truly balanced or operates internally in single-ended mode.

Those using ‘2-Track’ volume controls may offer balanced in and out but are not true balanced designs. The Pro iDSD however is fully-balanced from beginning to end. 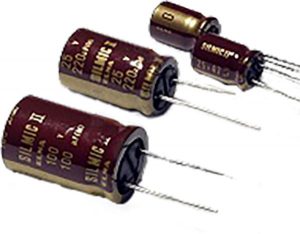 To maximise dynamic performance, especially with bass, the analogue stage is backed by audio-grade ELNA Silmic Capacitors located within a few millimetres of the audio circuitry supplied.

Elna Silmics are used in the final stages of the main DC bus which is filtered using multiple stages of inductor/capacitor filters.

All incoming DC is converted to a high-frequency waveform then rectified and filtered by a choke input capacitor filter. This produces a first-level DC bus from which all further voltages are derived. The circuit also generates a galvanically-isolated power supply voltage for the USB input circuitry. 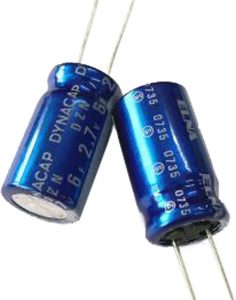 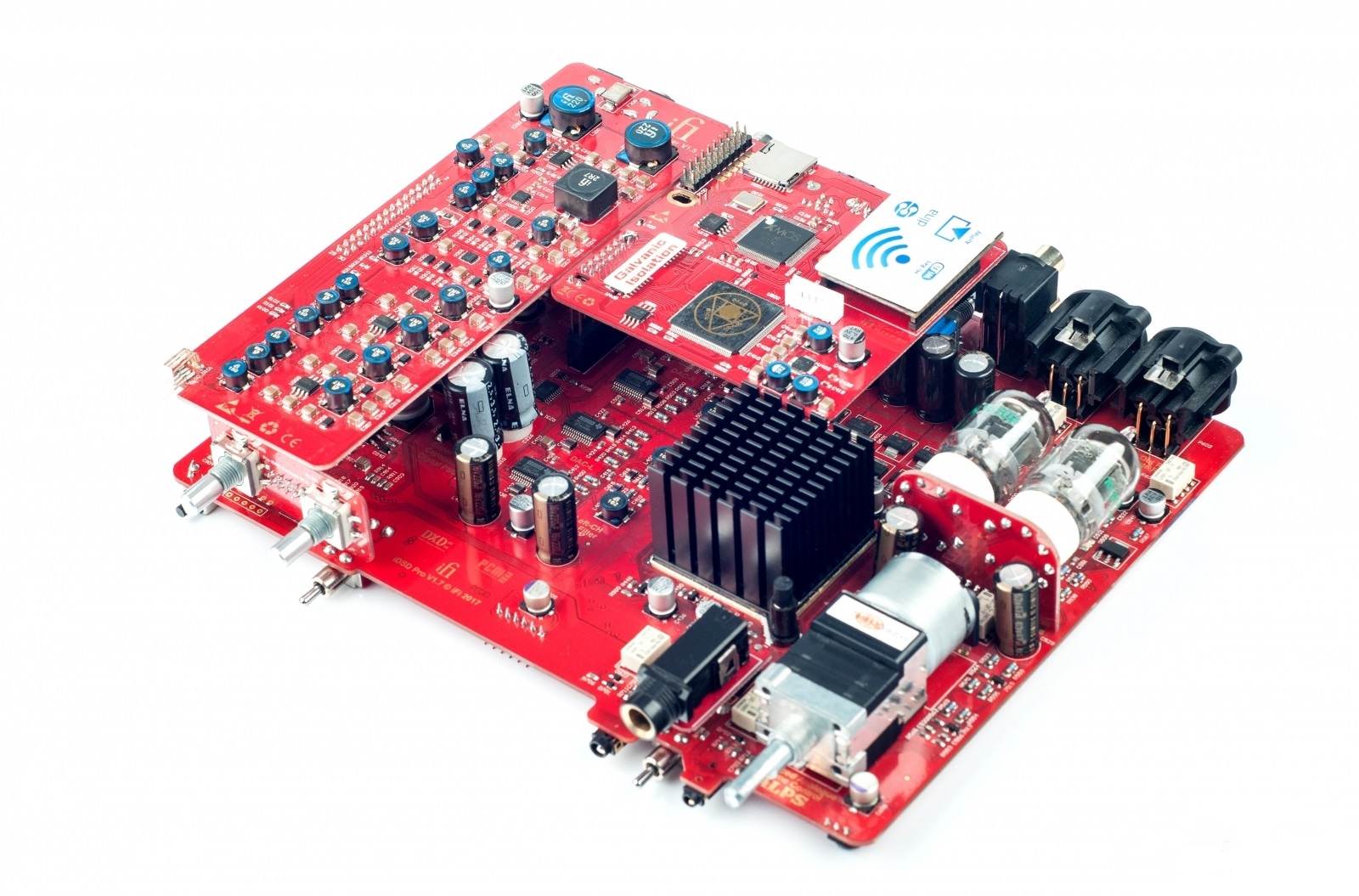 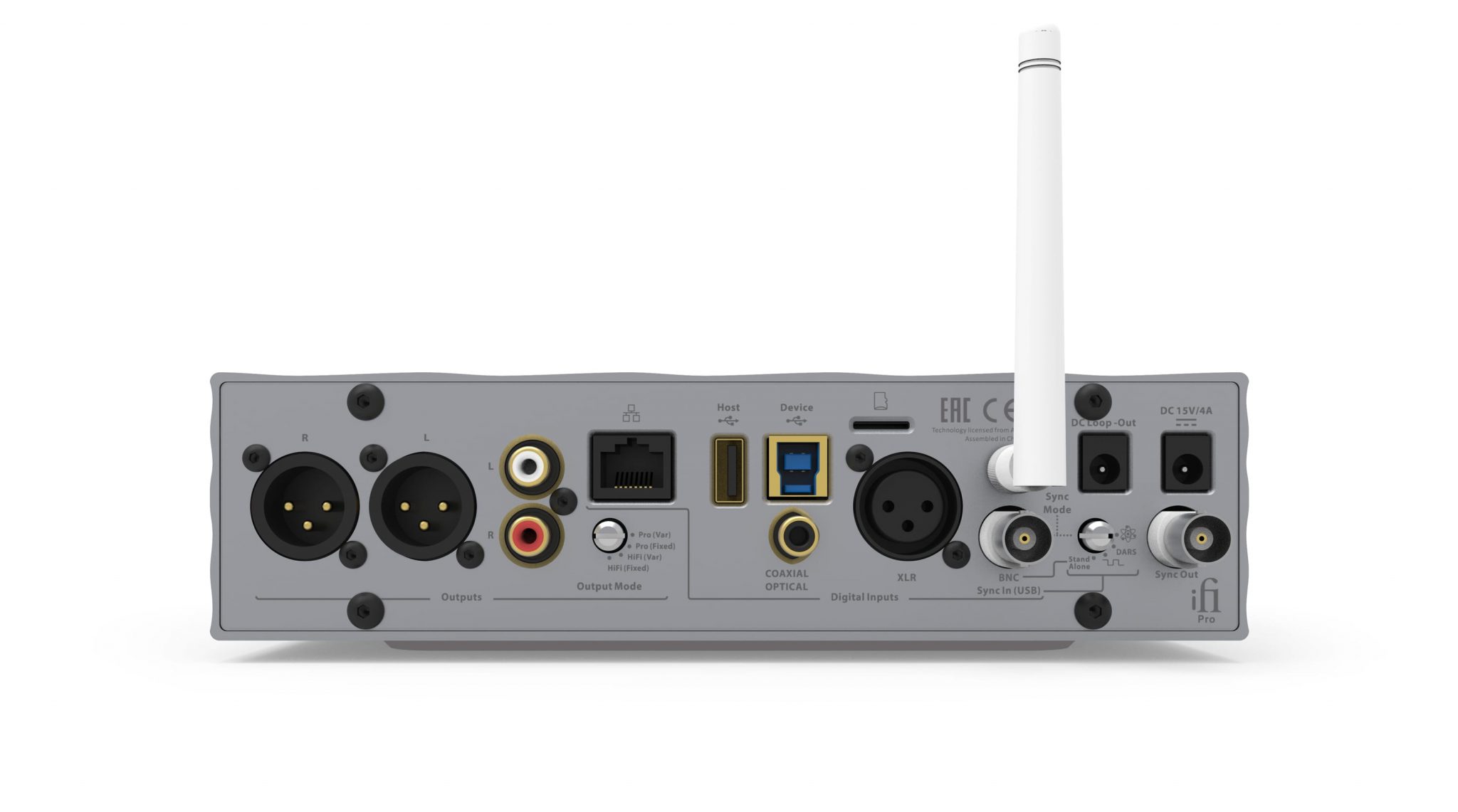 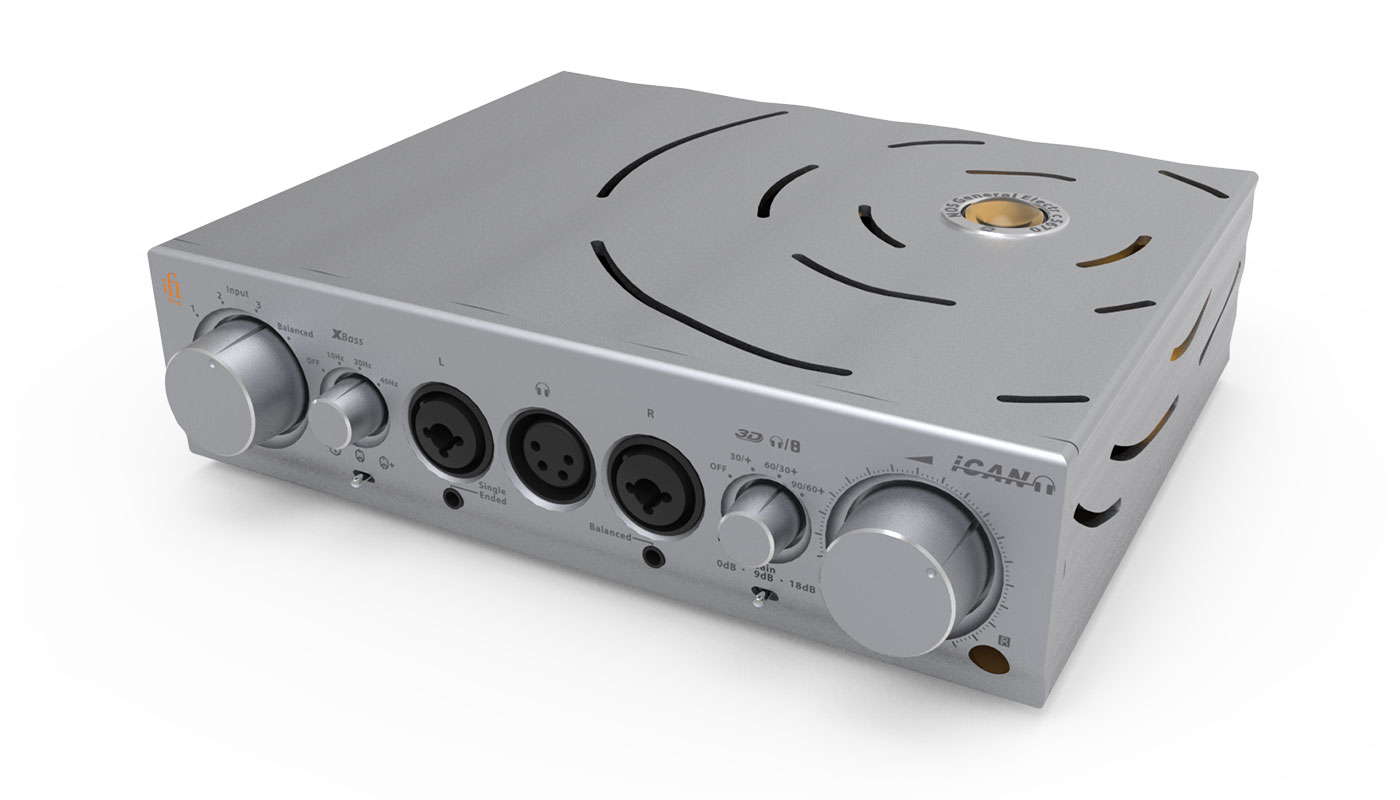 The Pro iCAN is as a top-of-the-line, headphone amplifier that drives anything and everything – from CIEMs through to the most difficult to drive headphone ever made, the AKG K-1000.

Gain is adjustable from 0dB/9dB/18dB. The Pro iCAN can output more than 10V in Single-Ended mode and 20V in Balanced-mode. The 20V mode is equivalent 100W into a 40 Ohm speaker.

Power like no other. Super-powerful 14,000mW headphone output power. 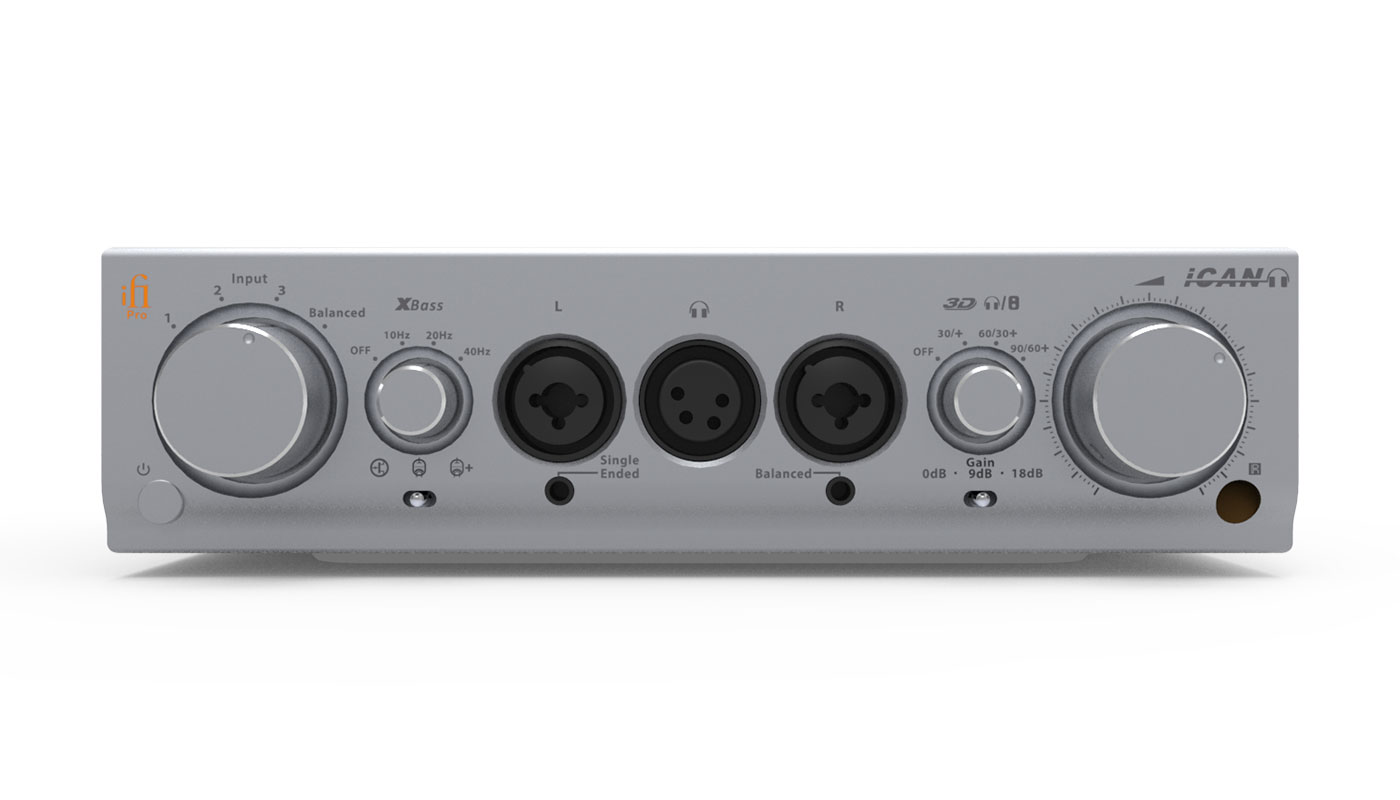 All the way through the circuit, there is always two separate signals of equal level but opposite polarity.

You can enjoy both the sound of Solid-State and Tubes in a single package and be able to switch in real-time. For some recordings and headphones/loudspeakers, Solid-State may sound ‘more lively.’. For others, Tube and Tube+ (especially Tube+) will sound more ‘luxurious.’ Select the one that sounds best for that particular moment, be it the recording, the mood or even the weather.

There are two tube settings – Tube and Tube+. The Tube+ position reduces overall loop-gain and thus negative feedback to the minimum. This gives a different trade-off between the tube’s natural harmonics and the transient performance. 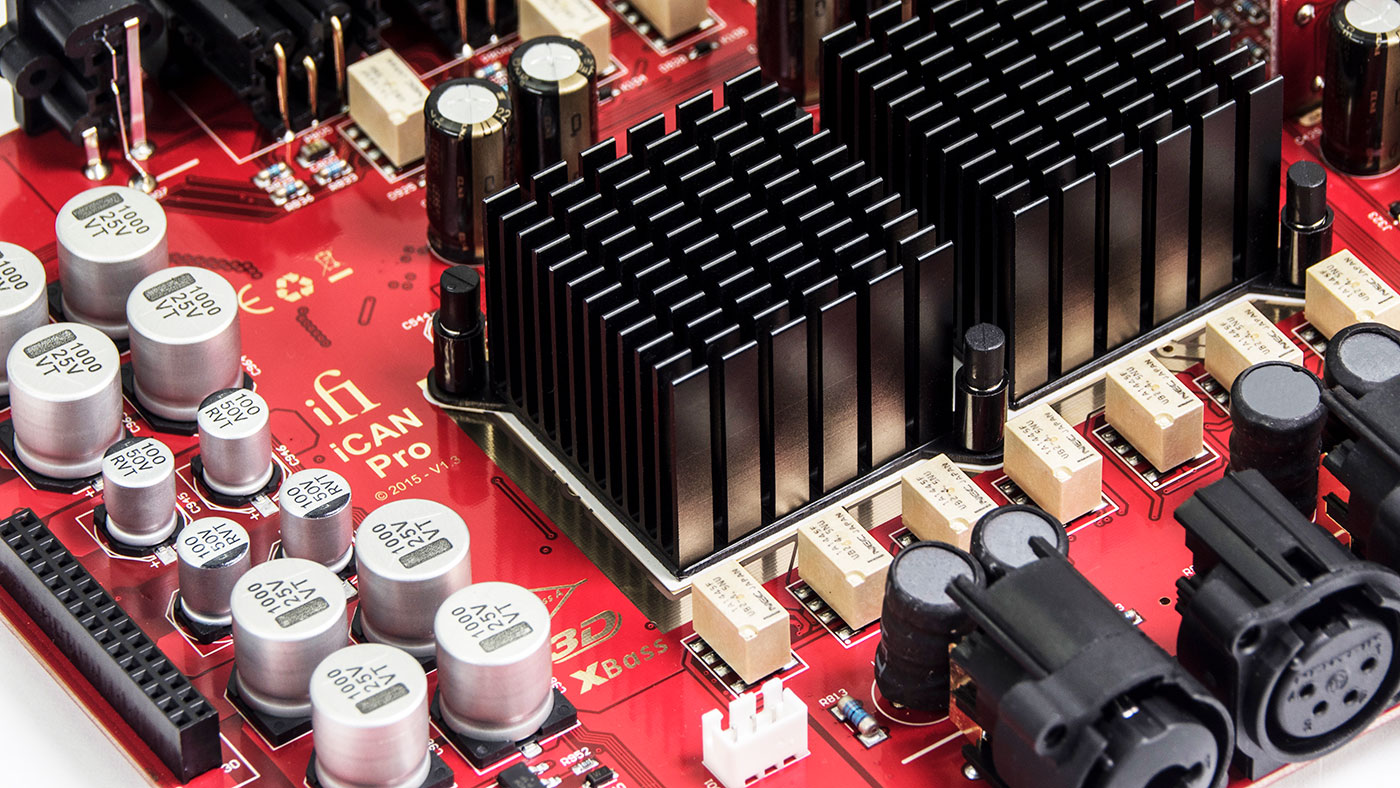 An ‘Out of Head’ listening experience. Our 3D Holographic® dual-analogue matrices place the artist with you in the room, not just in your headphones. 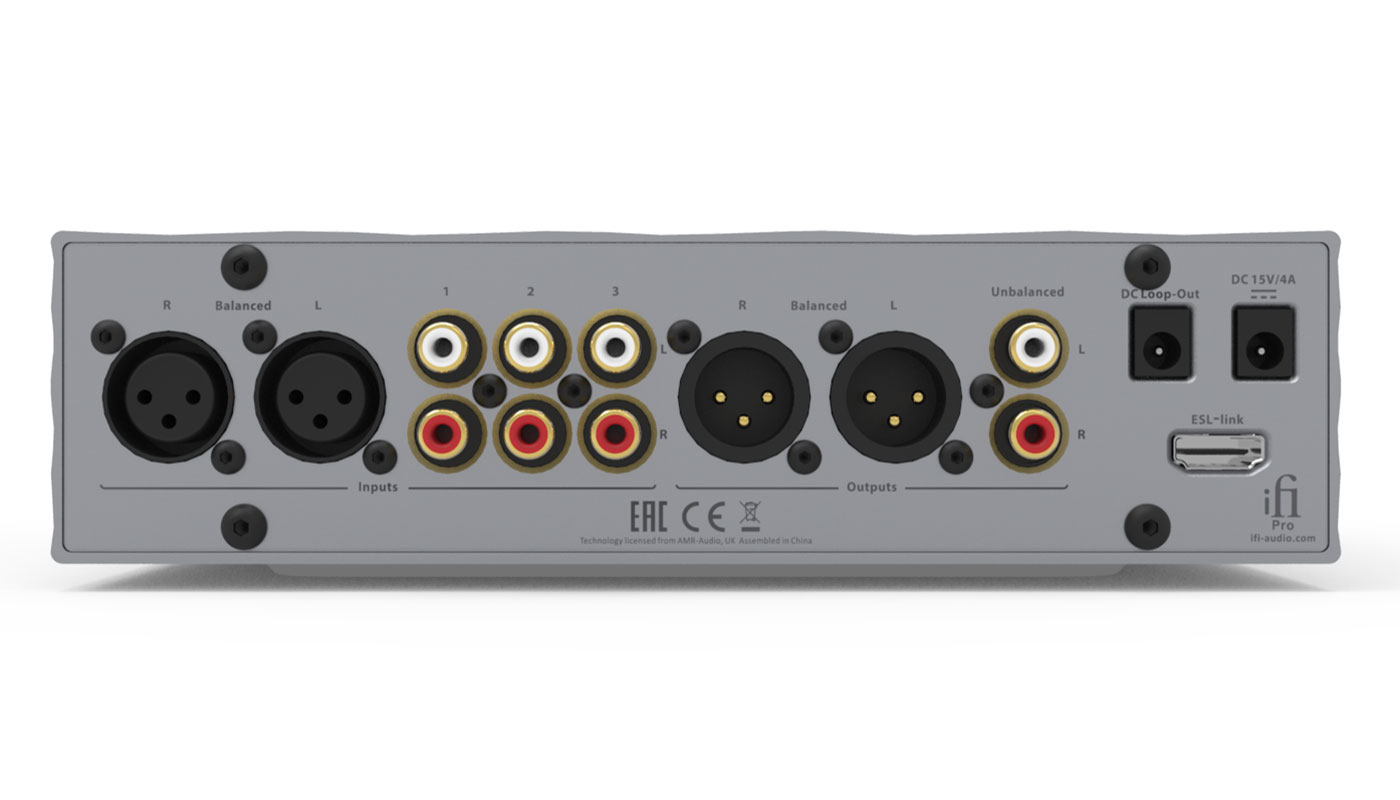 The Pro iESL is as a top-of-the-line, headphone amplifier that drives anything, really anything.

The Porsche and the Pro

Imagine the audio equivalent of a Porsche engine of the flagship headphone world and you have the Pro iESL. Electrostatics need high voltages to energise them to make sound. The Pro iESL is one such energiser and delivers the extra-high-tension voltage needed. 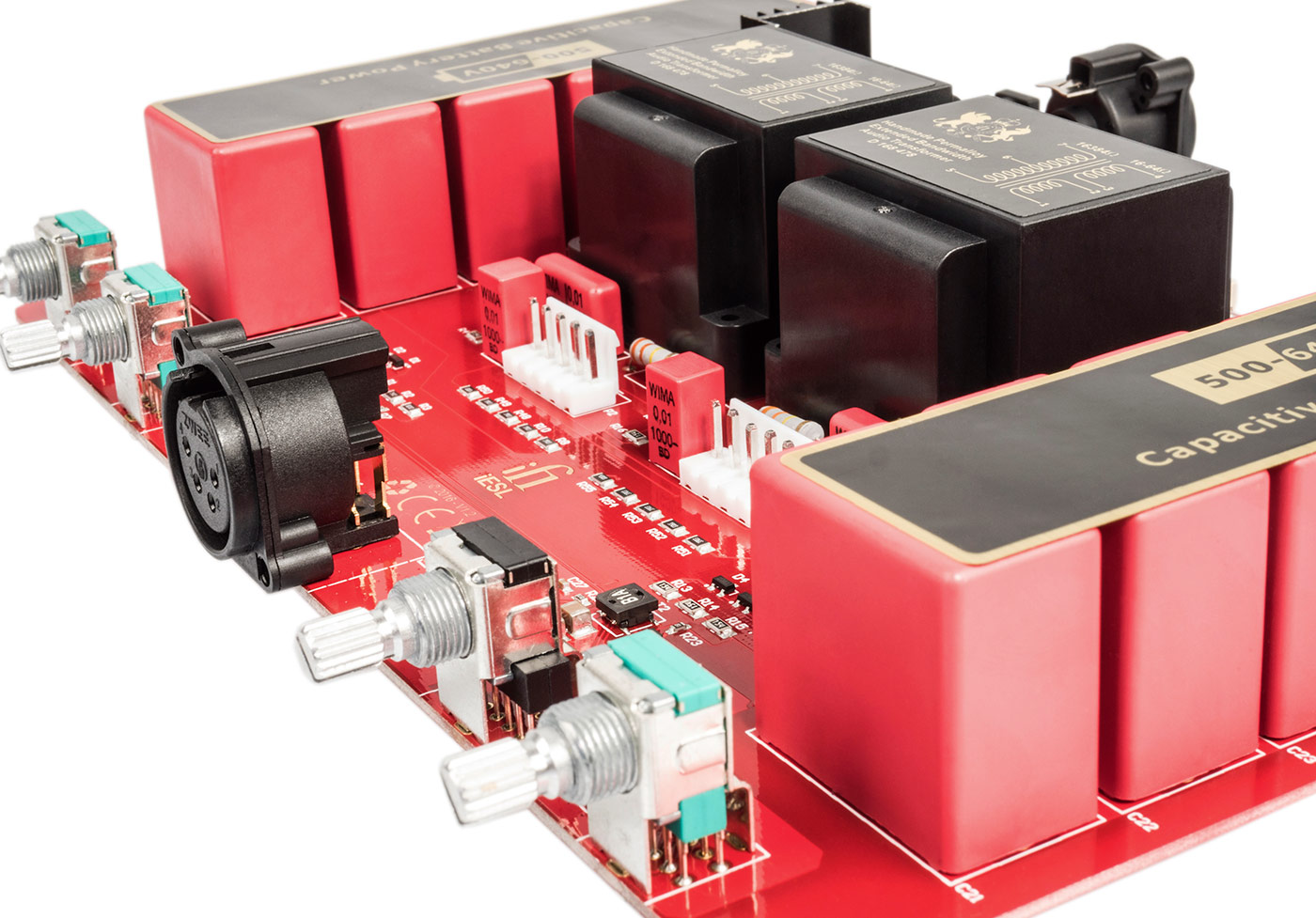 It is one of the best energisers in the business (even if we do say so ourselves) and is compatible with all the great electrostatic brands – including Orpheus and Koss. 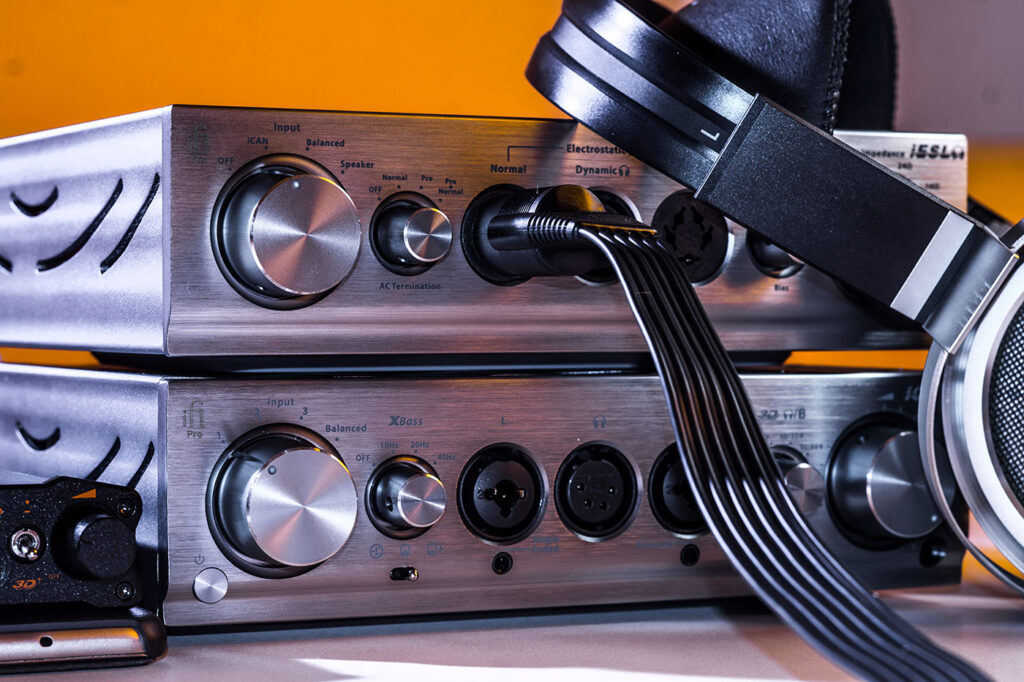 Big sound If you like electrostatics, then you like ‘big’ sound. The Pro iESL won’t disappoint. Coupled with our more traditional flagship amplifier, the Pro iCAN (or any other, but we like ours), the Pro iESL lowers distortion, separates vocals, orchestras and instruments. It opens up the bass and leaves you with a wide, structured soundstage.

Dynamic duo And, we’ve got good news. The Pro iESL can also be used with your flagship dynamic headphones thanks to a unique transformer-coupled-stage that can take them to the max. 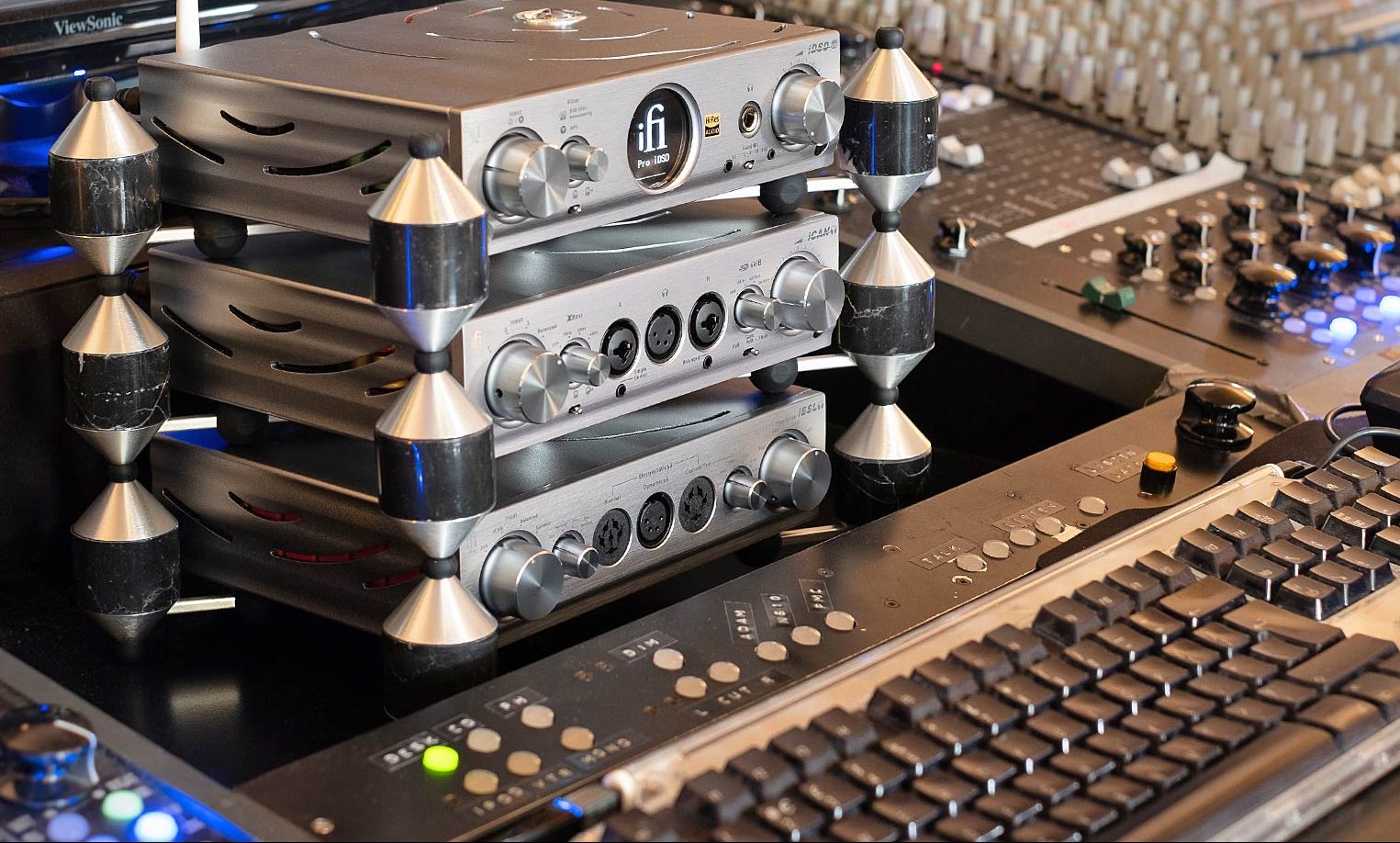 Making a transformer with the wide bandwidth and low distortion needed in the iESL is very challenging. To attain this, the custom transformers use complicated hand-wound, multi-section windings with both vertical and horizontal sectioning. They exceed the standards set by Siemens (Germany) and Peerless (USA). With a bandwidth of < 5Hz to > 60kHz (-3dB), transformers in the iESL far exceed the requirements of even the JAS High-Res logo. 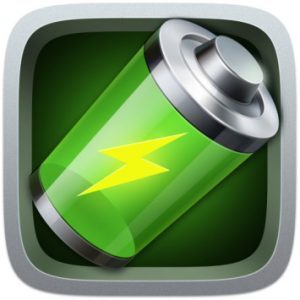 So, what’s a capacitive battery power supply? This means the battery is charged up to the required voltage and then the charger circuit is turned off completely, leaving the capacitor bank to ‘float’ at the required bias voltage. An essentially perfect bias voltage source with no electronic noise whatsoever at any frequency as the headphones are, in essence, powered by the battery bank and not the mains! 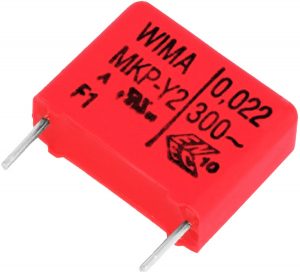 These 1,000Volt rated capacitors are from Germany. The key is the very high insulation resistance and minimal current leakage, as any such leakage causes self-discharge. The whole capacitor pack has around 35,000,000 kiloOhm insulation resistance, which means that self-discharge time (to 30%) is around 100,000 seconds or 27 hours. You are always listening on battery (not mains) power.