If you’re buying a solid state monoblock of this size and price, then you’re not going to be the sort of person who’d otherwise enjoy a 3W single-ended tube amplifier. As such, you want a big, powerful and ultra clean sound – without so much as a flaw from bottom to top – and that’s precisely what the Nemos give. Their delivery is dry and concise, with everything kept under an iron grip and supported by the ability to deliver seismic power, the sort that moves buildings.

That they work down to d.c. didn’t surprise me. All-direct-coupled amplifiers are nothing new and the ones I have heard in the past did have a wide open door to a peculiarly earth shaking sound that forces its way into the room with the unstoppable force of a bulldozer. The massive bass line in Sly and Robbie’s ‘Make ‘Em Move’ took on this form of unstoppable force, as if it could rearrange the room physically. Our Spendor S8e benchmark loudspeakers are underdamped and can sound plummy if not used with an amplifier possessing grip, but the Nemos grabbed them – and various other loudspeakers I used – by the neck as expected. They kept the bass cones in perfect control no matter what I threw at them. My preferred Angelique Kidjo test disc is a commercial recording, rather than a demo disc, with strong energy right down to 30Hz from the emphasised walking bass lines and the Nemos made the subsonic power of a track like ‘Fifa’ frighteningly obvious in a way I am not acquainted with. They appear to possess no constraint. Of course, the simple truth is that with 600 Watts and huge peak current available, claimed to be 150A, the AW 600s can in truth drive anything…

Across the midband the Nemos sound detailed and concise. They are crisp and fresh in presentation, quite evenly lit, with an ability to push out a mass of fine detail. With so much force at their disposal there was a lively dynamic right across the sound stage. Even fairly mild pans across it, from The Stranglers ‘Ghost Train’ for example, made stage width and movement across it plainly obvious. The Nemos strength of delivery was attention grabbing.

There was of course infinite quantities of power available, and the Nemos remained clean at all levels, no matter where I set the volume control. Giant power amplifiers like these know no limits whatever is asked of them, and the Nemo is no exception. Another key feature is this easy display of power whilst remaining relatively neutral and easy going in presentation. They are crisp and clear certainly, but without the sort of high frequency sharpness that makes cymbals sizzle for example. 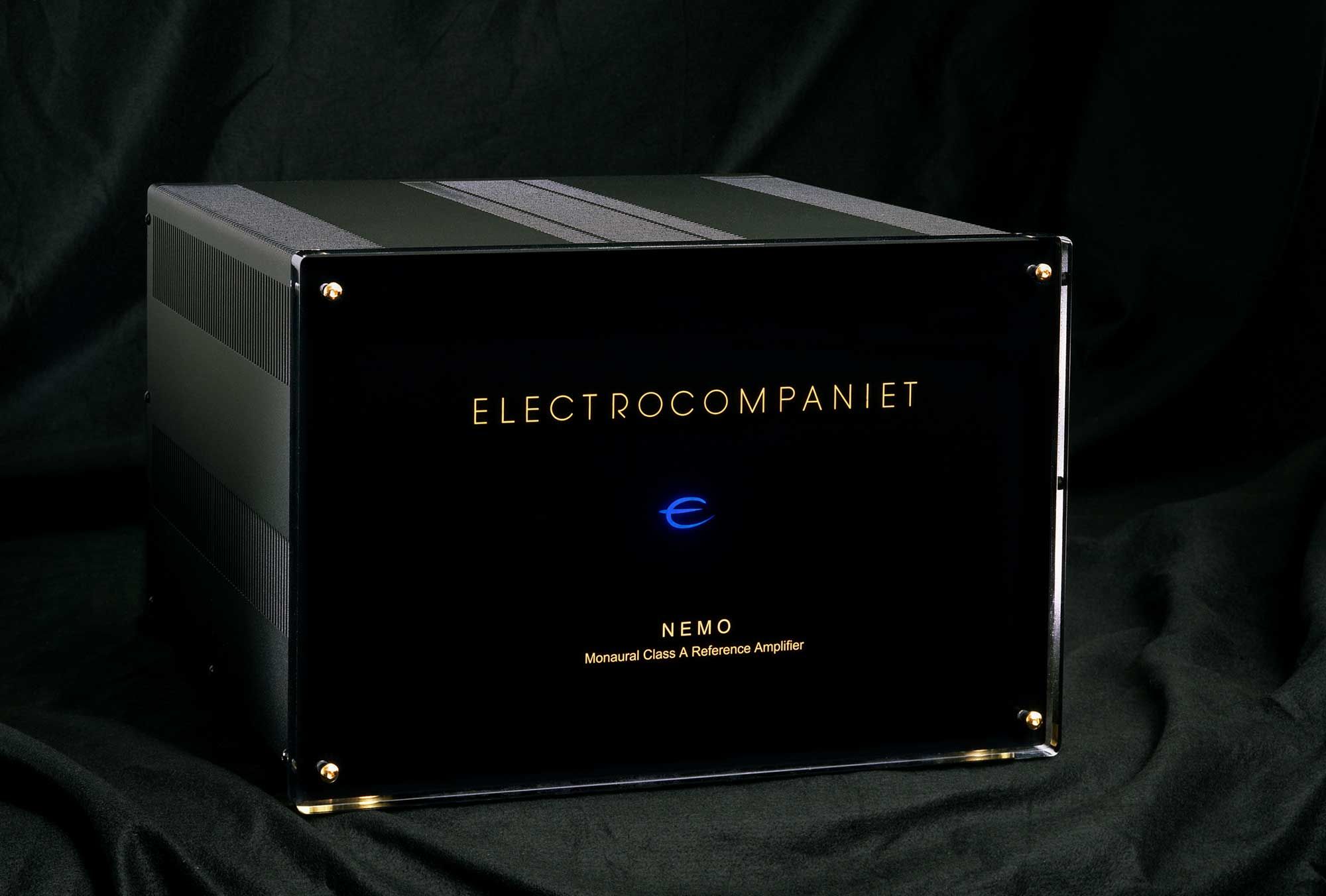 In fact, the Nemos were remarkably even mannered and balanced in their handling of vocals and metallic percussion, bringing to cymbals a pleasantly bright ring from which tizz was thankfully absent. The rasp of synthesiser in Goldfrapp’s ‘Lovely 2CU’ had a fierce strength and the pulsating bass of this track had conspicuously more power than usual; it was quite strange that other amplifiers subjectively lack power against the Nemos when  comprehensive measurement shows that technically they do not. Yet there you are: subjectively these monoblocks make other amplifiers sound wanting at low frequencies, weak kneed, of mediocre grip and of no great resolution either.

Anyone wanting to drive serious loudspeakers in a large space would need amplifiers as forceful as these, although this doesn’t include high sensitivity Tannoys and such like which are best not used with high power amplifiers – for those you must use valves. The Nemos have far more power than a valve amplifier and brutishly powerful bass, but they don’t have the same stage depth nor their sense of easy flow, but then neither do solid-state amplifiers of any persuasion, no matter what claims are made!

With classical, orchestras took on an extra sense of scale and the horns in Wagner’s Lohengrin blared a bit louder than usual, or perhaps I was being a bit too enthusiastic with the volume control. Thunderous rolls on the kettle drum were more seismic than usual, going down further to better disturb the underworld I mused, as the settee quivered. And the inevitable crash of the cymbals at climaxes was delivered with searing power. Generally, from the strings of the Emerson Trio playing Grieg to the sonic antics within large scale works like those from Wagner, the Nemos deliver with almighty gusto and a raw insight that is very revealing. 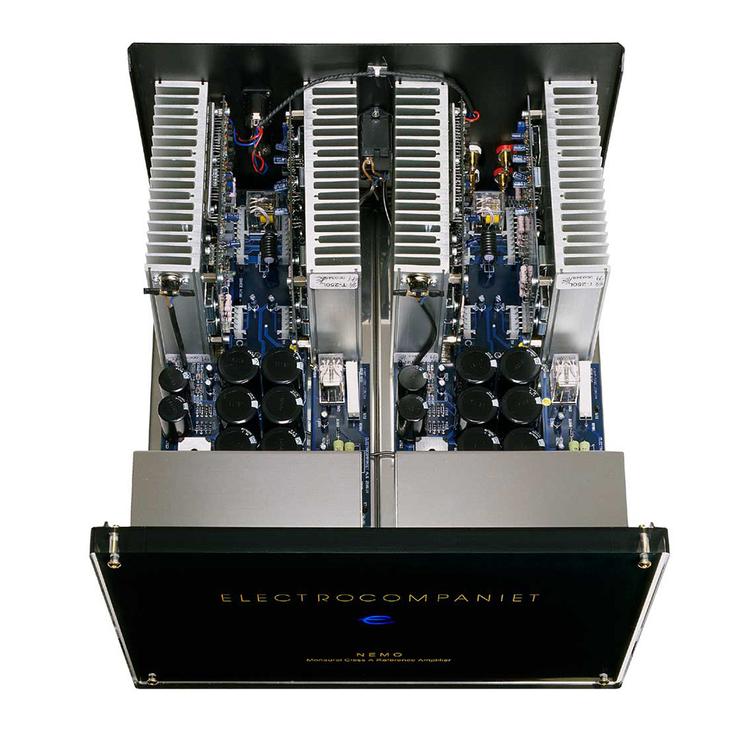 Deeply detailed, evenly balanced across the audio range with no undue light, in any one area, and disturbingly forceful, Electrocompaniet’s Nemo monoblock power amplifiers are a solid-state spectacular. If you want a power house that combines force with finesse then these are the amplifiers to choose. You will need a big pocket of course, bulging arm muscles and chunky floor joists to withstand their weight. They’ll work well with just about anything I can think of, but with B&W’s Nautilus on the end of these monsters, I’ll wager you’d end up with oceanic force.

If you are rich enough to afford the Electrocompaniet Nemo monoblocks, then I would suggest you are rich enough to need them. How so? Simply because they are too enormous to fit anything except a large room – and a large room requires large loudspeakers and an amplifier that can drive them with intent! As such, valve amplifiers cannot apply; rather, you need a really clean and smooth pair of solid-staters such as these.

Massive power, incredible resolution and a smoothness that starts from subsonic frequencies and goes all the way up to the province of bat chit-chat – that’s the Nemo. They cast a revealing light on a recording, showing its every detail, nuance and fault – yet deliver it to the speakers with unflappable ease. The result is a fascinating listen – and one that is unknown to most. Although surely one of the great amplifiers for classic music – with that glassy clarity and massive transient thump – I found their handling of jazz funk music most effective. Alphonse Mouzon’s ‘By All Means’ was delivered with mind-expanding detail, breathtaking punch and incredible insight into the playing of arch ivory tinkler Herbie Hancock. This is high resolution music in its purest sense.

Still, the dub stylings of Augustus Pablo in ‘King Tubby Meets Rockers Uptown’ was no less of a revelation. Although the Nemos can never match the beguiling, liquid ‘lilt’ of a top tube amp, they more than make up for it with a bass performance the like of which sticks in the memory for weeks after. Consummately controlled, yet brilliantly articulated, they make your average PA amplifier sound like a battery powered headphone stage. Most impressive is the way the Nemos can deliver enough Watts to light up a street in such a rhythmically coherent fashion; their speed is of the essence. At the same time as serving up all that power on the beat, they lock everything else on the soundstage into place perfectly.

With superlative power, grip, dynamics and clarity, solid-state power amplification can’t get much better than this. The only issue facing purchasers is how well they integrate into their systems – the Nemo’s icy clarity won’t flatter poor loudspeakers or suffer bad sources glady. As such, an audition is mandatory – but don’t go thinking you can get ’em home on the bus if you like them! DP 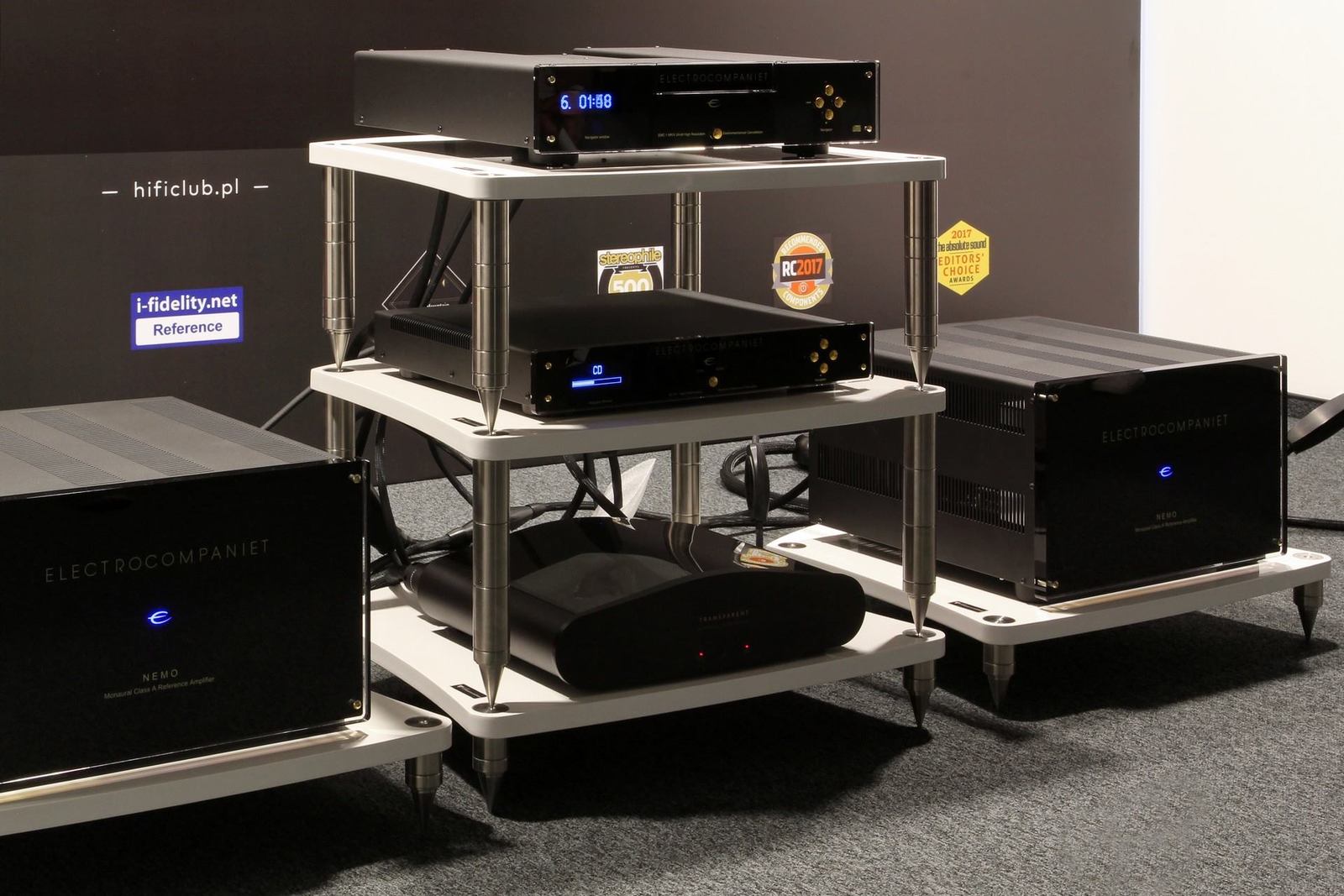 The Nemo can swing no less than 80V on short term peaks our measurements showed, making it vastly powerful. With a steady sine wave test it gave 75V, or 700 Watts into 8 Ohms. A current limiting protection circuit operates to limit power into low loads and although we got a few cycles through it at 1,400W in a burst test before the relay clattered in, it gives a steady 600 Watts or so. As most loudspeakers are effectively 4 Ohms it is then a 600 Watt amplifier able to give a little more on short term peaks. So the Nemo has vast headroom, but as such power is unusable on any sustained basis it is low level performance that counts.

Distortion was very low across the audio band our sweep shows, reaching just 0.012% into 4 Ohms at 1 Watt, 10kHz, rising to 0.05% maximum at high powers. Midband levels were much lower, down to 0.0015% at 1 Watt into 8 Ohms and 0.04% just below full power into 8 Ohms. So no matter how hard the Nemo was pushed it produced little distortion, and third harmonic dominated what was there.

Input is balanced via XLR and sensitivity unusually low at 2.8V for full output of 700 Watts, so the Nemo will need a high gain preamplifier, preferably with balanced outputs. Most preamps can swing 3V out, but x3 is a common gain figure and the Nemo needs x9 or more if it is to be matched to low output sources, like phono stages.

The Nemo is a hugely powerful amplifier that works substantially in Class A. It measures very well and should drive any load. NK