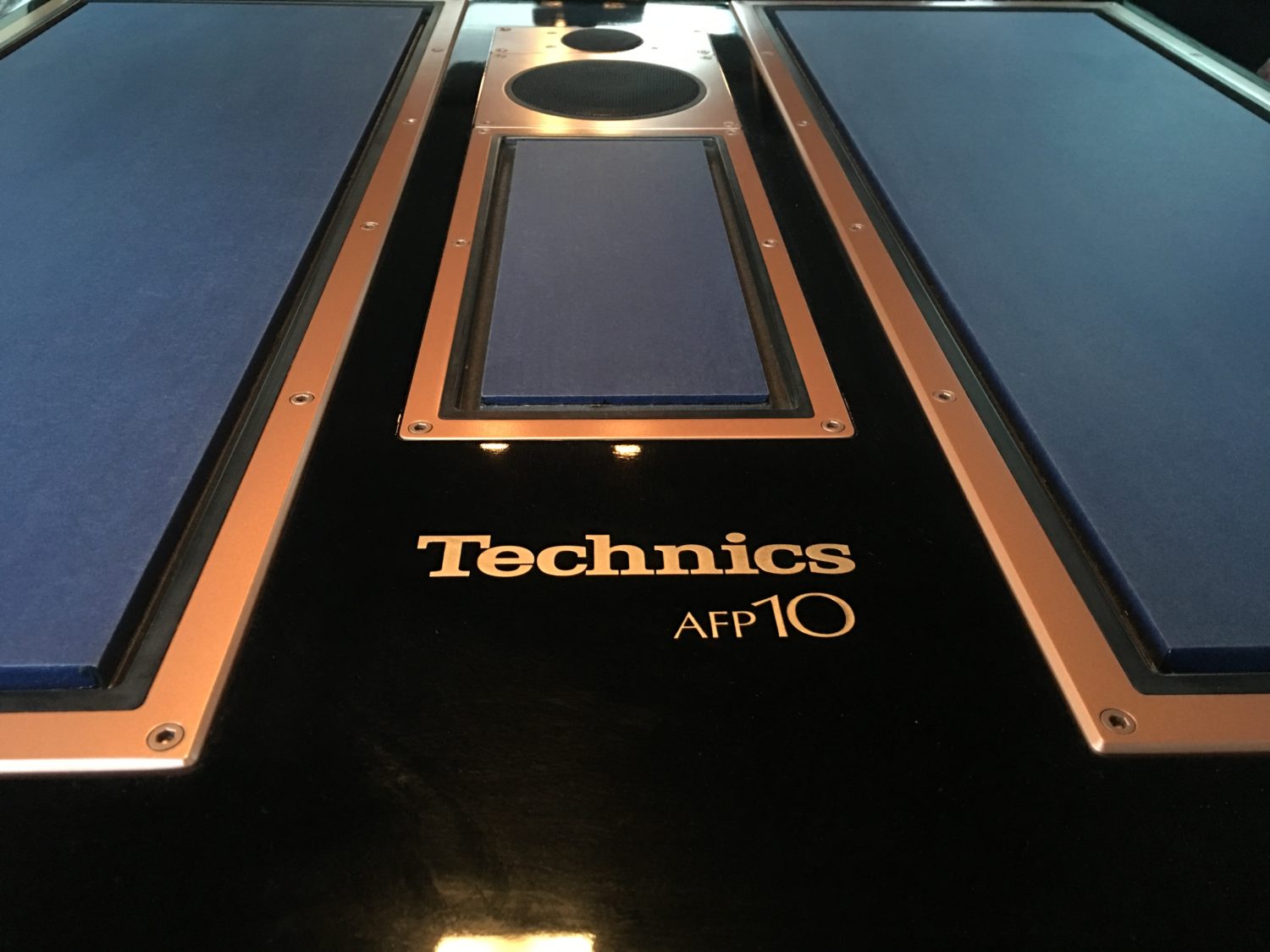 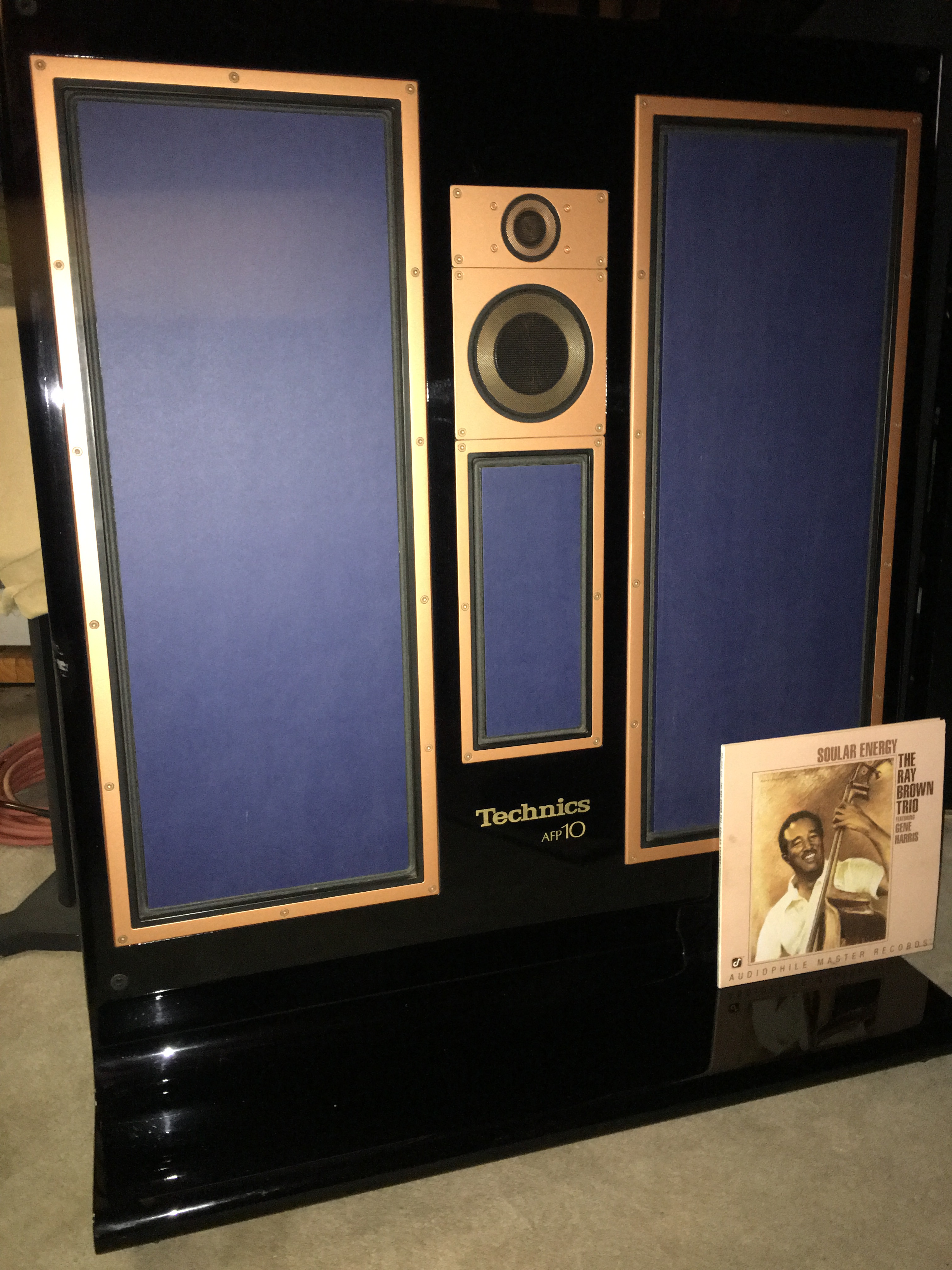 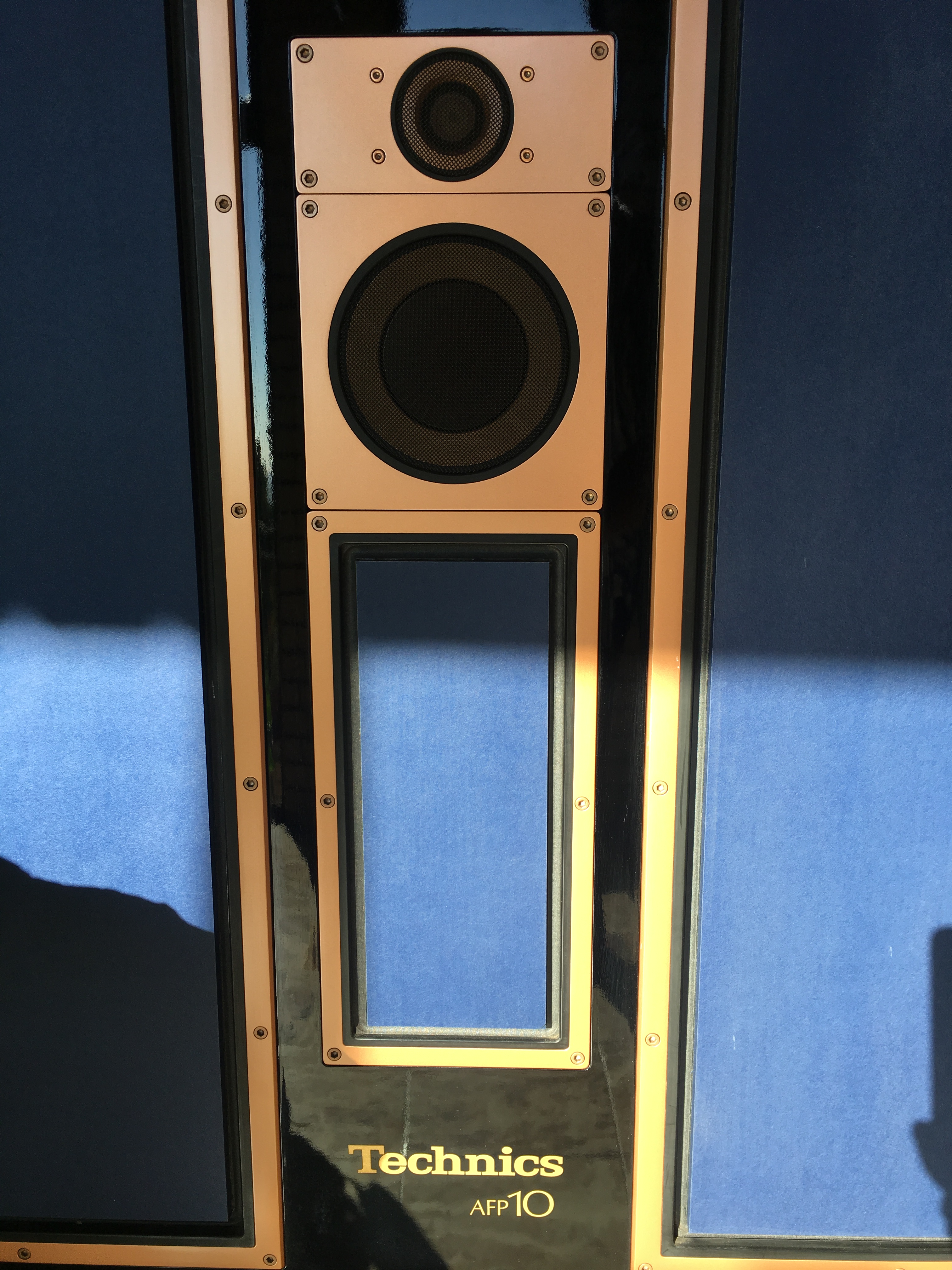 A flat type speaker system corresponding to the basic model of the audio flat panel series.

We have adopted twin · cavity method developed by prototyping 80 kinds of test models and computer simulation using finite element method.
Considering the traditional acoustic theory, ideal low frequency regeneration was impossible for both large-area diaphragm and small capacity cabinet, regardless of whether the closed type or the open type was used. In order to improve this in the twin · cavity system, a sealed part and an open part are simultaneously present in one cabinet, and structurally the back part of the vibration plate of the unit itself is sealed and the part opened It is divided into. As a result, the stiffness of the cabinet is smaller than when all diaphragms of the same area are sealed. And, it was possible to set the lowest resonance frequency (fo) of the system low, and it was able to obtain a large sound pressure from a lower frequency. Also, in the open part, the sound radiated to the back surface is radiated from the rear duct provided in the cabinet, so that the phase difference between the sounds radiated back and forth can be made large and the action of preventing the sound pressure from decreasing due to the opposite phase I am getting it.
Also, since the AFP’s large area diaphragm radiates bass waves in a plane wave shape, it is less likely to be adversely affected by reflections inside the room, and the attenuation due to distance is kept extremely low.

Two 30 cm × 80 cm planar units are mounted in the low range, and a 13 cm × 32 cm planar unit is mounted in the middle low range. The diaphragm of these units has a multilayered structure in which expanded mica (mica) with large internal loss and natural polymer (chitin) are superimposed. Chitin is a natural polymer contained in the outer shell of crustaceans such as crab and shrimp, has a structure very similar to cellulose which is the main component of pulp, and by heating with papermaking by adding a crosslinking agent, rigidity We have acquired superior physical properties of 1.2 times the conventional value and 3 times internal loss. This chitin is also famous as a component of wing of cricket wing and also as a component of mold generated inside the sound body of the violin masterpiece Stradivarius, and a varnish mixed with chitin is used at the stage of Stradivarius finishing It is done. The surface material of the diaphragm uses dye used for traditional Japanese indigo dyeing to prevent fading and to improve the durability of the diaphragm. Woofer and Midrow adopt 4 point drive method devised by three dimensional analysis using computer, and drive point which does not cause natural vibration of diaphragm is driven with 4 voice coils to remove resonance mode And we realize broadband. Moreover, with this, Woofer realizes wider band of fo ~ 800 Hz. The mid-high range has an 8 cm flat mid range. Mica is adopted as a diaphragm, and vibration of the vibrating plate other than necessary is suppressed by coating lacquer on the surface. To the high region 2. The 7 cm flat type tweeter is carried. Adopting mica on the diaphragm and coating with diamond by CVD method enables faithful reproduction up to high frequencies. LC – OFC (Linear Crystal Oxygen Free Copper) is used for the internal wiring material of the network part, the wire material for the choke coil, and the direct wiring between the network elements. Also, we are trying to clean up crosstalk by separating and separating each circuit from woofer to tweeter. The cabinet is a thin structure with a thickness of 6.4 mm designed by thorough computer simulation. In addition, black painted mirror finish is given to the appearance. A large gold-plated terminal that can connect extremely thick cords and 4 mm plugs is adopted. 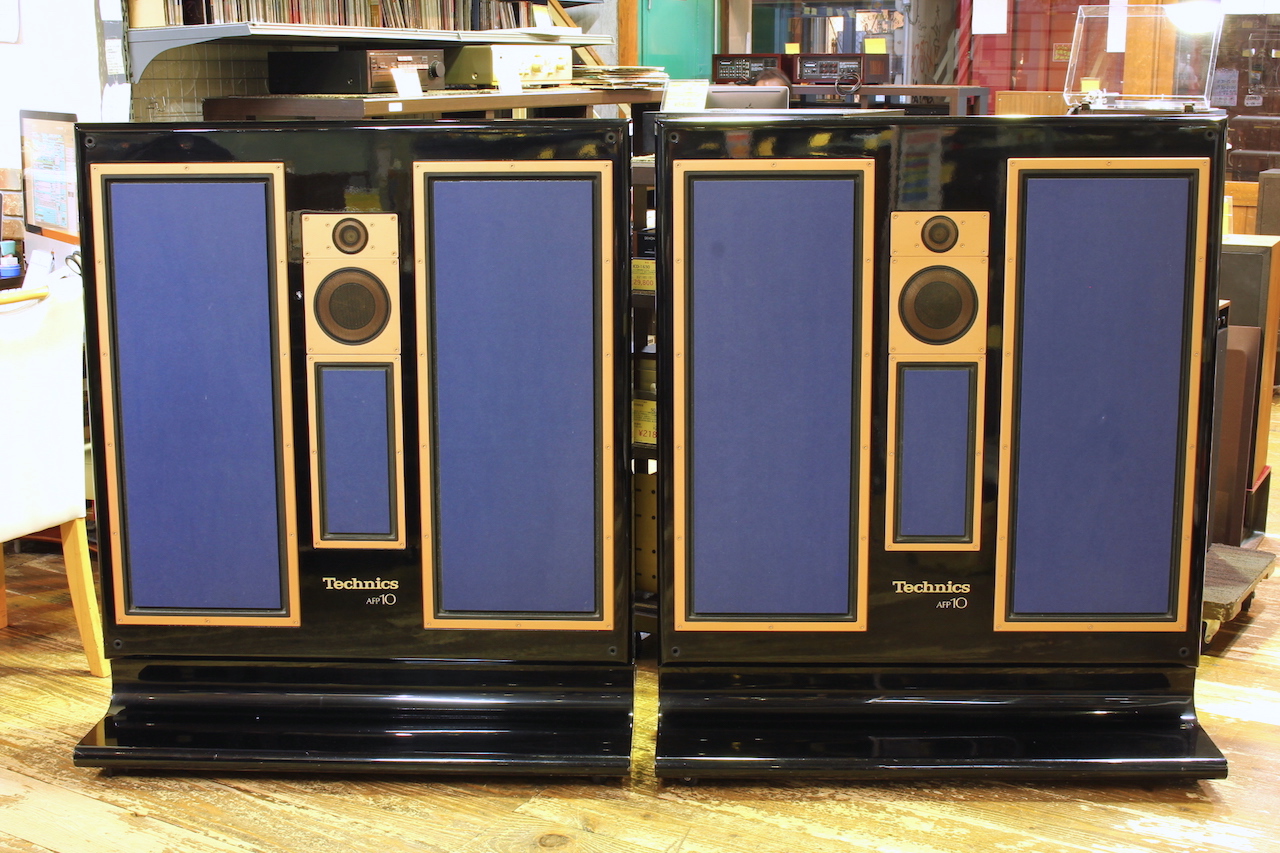 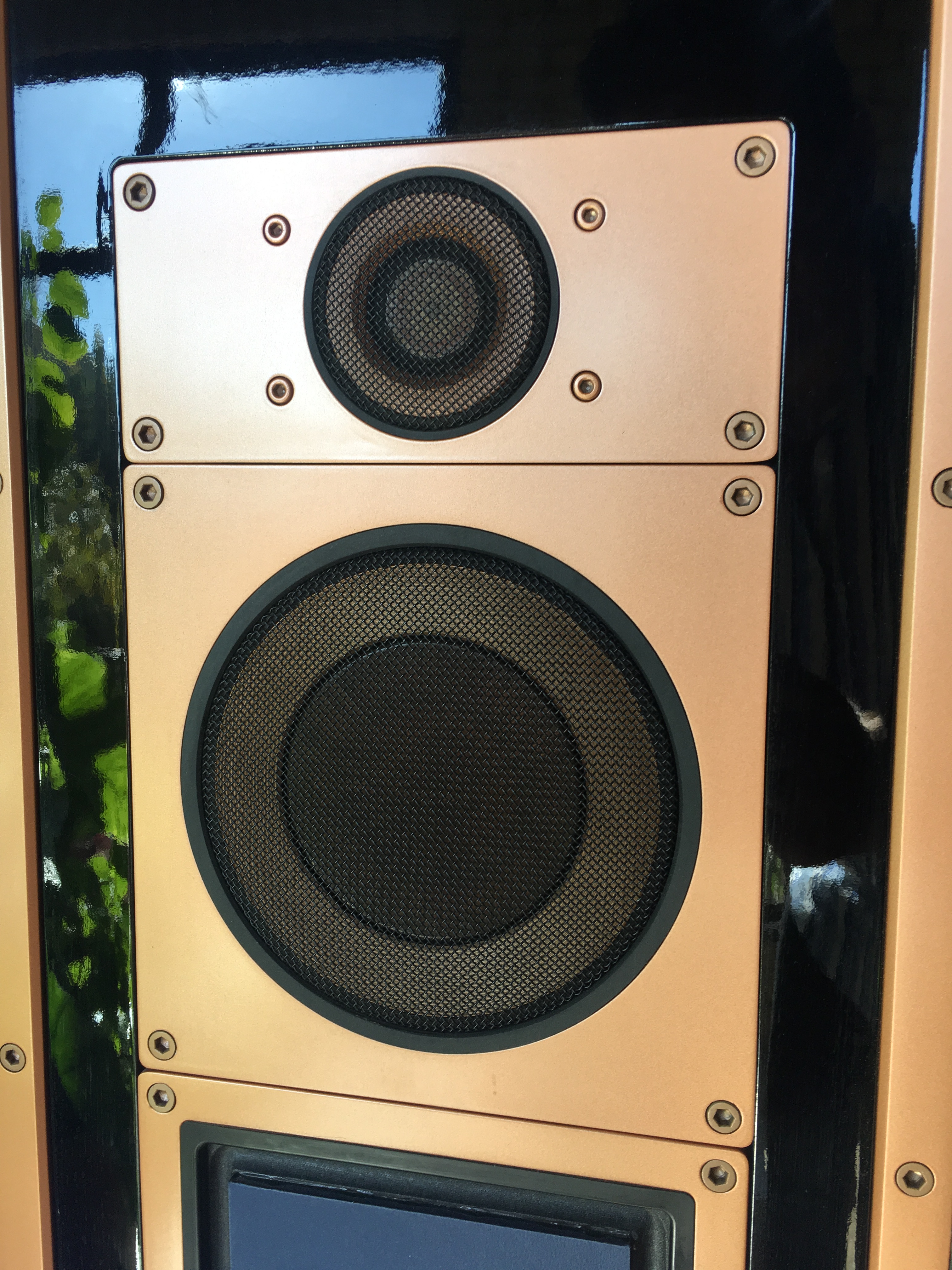 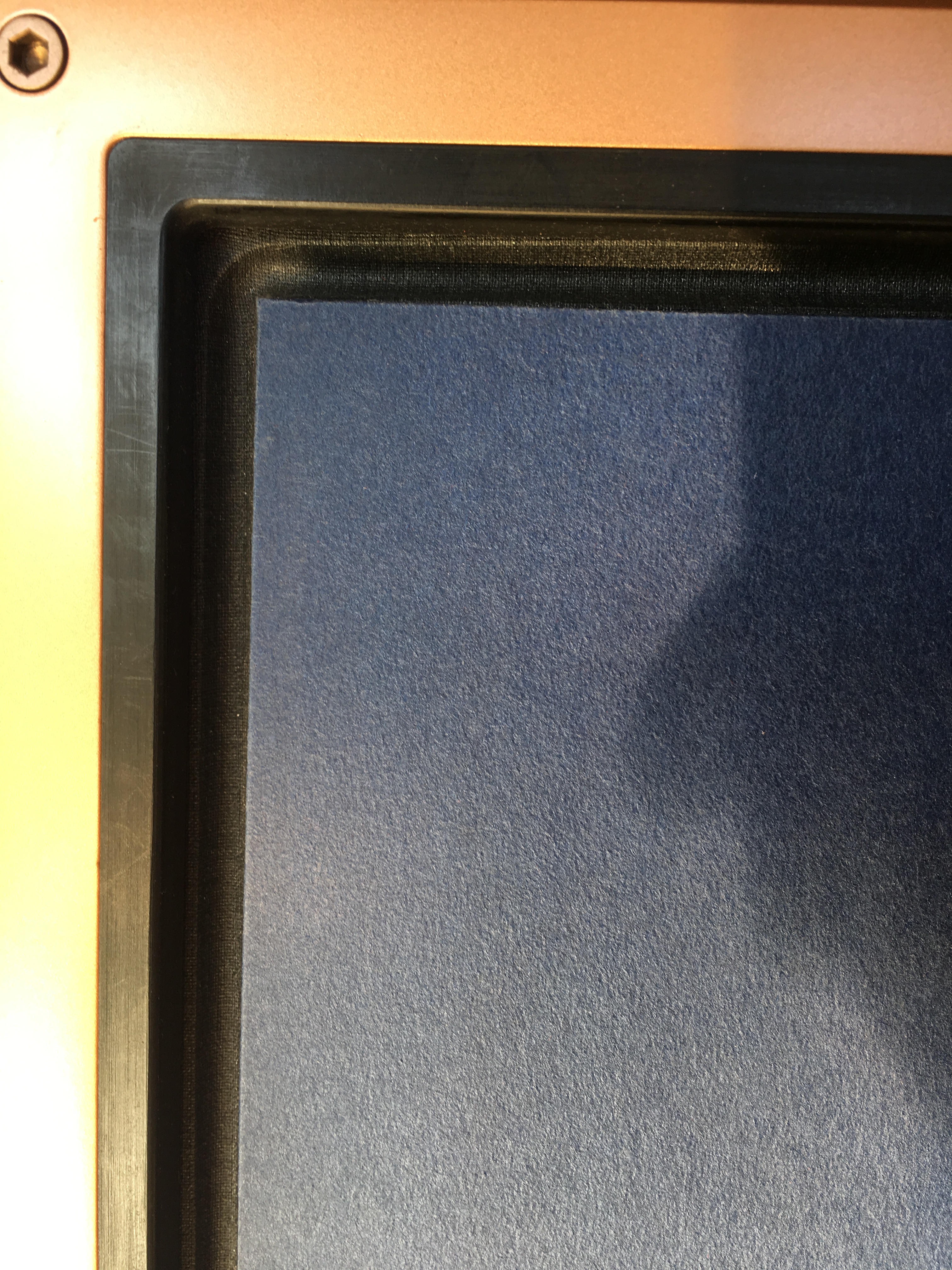 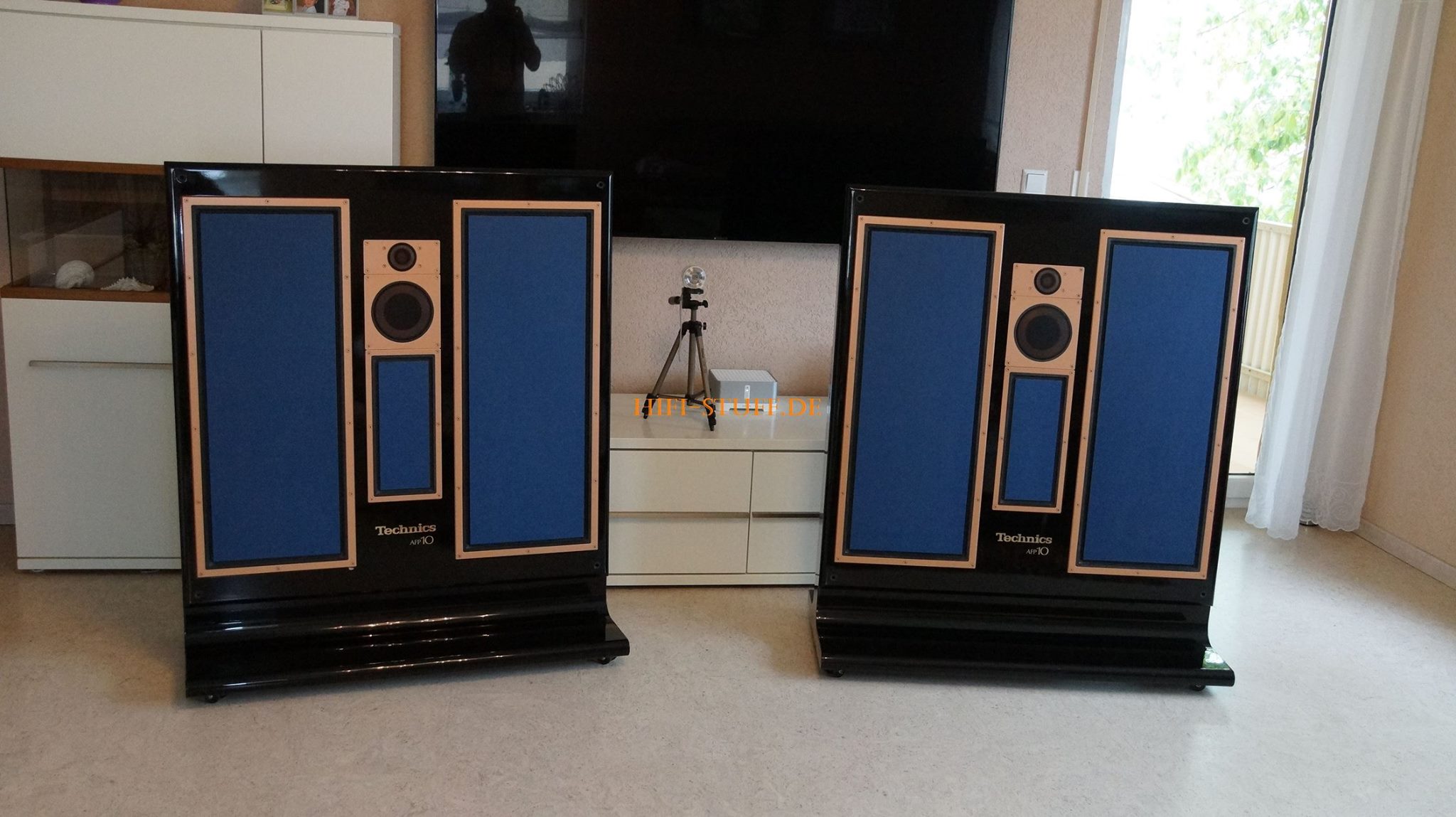 These speakers need a BIG room. No wonder they used it in Vienna Hall. I would say 6m x 8m. At least 4m apart. They need the wall behind them to support the bass, although with my open plan there was more than enough.

Immediately they differ from “normal” code speaker. They project sound and bass like a Quad 2905/Accustat. Its weird to describe. It is deep, strong, but “bigger” sounding ? Its also quite fast. I wish I had a wall to her the effect.

The top end is pretty much on par with Sonus Faber Amati. But a tad smoother. Open. I cannot detect any sibilance. Its not as amazing as the Martin Logan CLS, but then very few are. It reminds me of the B&W D2 tweeter versus the Nautilus. Smoother. Quite a surprise! Im used to the 80’s tweeters as “screamers”.

The midrange is perfect. I cannot fault it. Its fast. Male voices are soooo palatable!

I can understand the value in these speakers. Except for being ULTRA rare they are magnificent. In real life they shock you with their looks. Such quality! I dont think I have seen 80’s speakers with such quality. The gold/blue and black. The domes… my goodness how did they manufacture this ? It reminds me of the workmanship on the B&W 8’s but more towards Focals top models.

It feels to me like a mix between the Sonus Faber and Quad 2905. 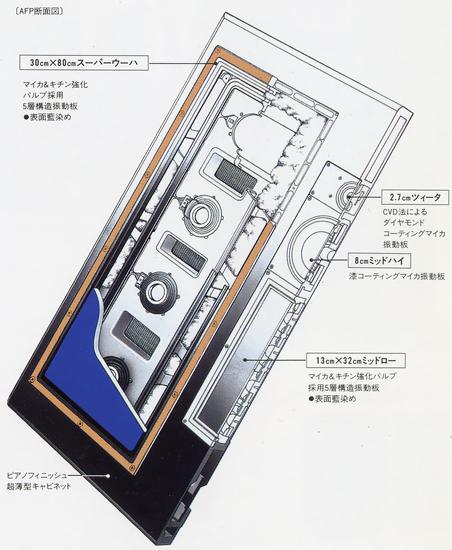 This is an incredible piece of engineering but also a GREAT looking speaker. The technology is one of a kind. A look into the no limit engineering of the top Audio houses in the 80’s where the persuit of perfection was the only driver. And PRESTIGE!