Another significant change was my system’s increased dynamic range. The Quad electrostatics played passages louder, and didn’t “clamp off” during passages of wide dynamic range. Supported by the Fathom f113s, the Quads could now handle bass peaks without overloading in my large listening room, most obviously when playing the massive deep synthesizer opening of “Deeper Wells,” from Spyboy. Even more impressive was the f113s’ ability to resolve the different tonal qualities of percussion instruments—for instance, the synthesizer and pulsatile bass drum in “Silk Road,” from I Ching’s Of the Marsh and the Moon (CD, Chesky WO144).

The f113s’ slam and definition enabled my audio system to produce jaw-dropping dynamic contrasts, enhancing dynamic differences, whether the speakers were driven to lease-breaking levels or playing softly. When I listened to “The Hand-Off,” from the Sneakers soundtrack, explosive piano scales jumped out of dead-black silence, sending chills up my spine. John Atkinson’s stunning recording of Mark Flynn’s kick drum in “Blizzard Limbs,” from Attention Screen’s Live at Merkin Hall (CD, Stereophile STPH018-2), exploded into the room with a punch I never heard from the Quads on their own.

The f113s enabled the Quads, which otherwise are shy of deep bass, to deliver the intensity and emotional impact of pipe-organ music, as shown best by John Marks’ TL-44 Pearl Microphone recording of Howells’ Master Tallis’s Testament (see “The Fifth Element” in the June 2007 issue). The blend of Quads and Fathom f113s was seamless—all the speakers “disappeared,” providing no obvious directional cues to the sources of the crushing, thunderous, tight, deep pedal tones that shuddered the air in my room and rattled any loose objects.

I also heard tight, tuneful bass from older pipe-organ recordings: the deep, rumbling pedal note that ends the selection from Elgar’s The Dream of Gerontius on Stereophile‘s Test CD 2 (CD, STPH004-2); the massive, almost infrasonic note that ends “Lord, Make Me an Instrument,” from John Rutter’s Requiem (CD, Reference RR-38CD); the rich tapestry of male vocals, delicate harp, and deep, weighty, sustained organ-pedal notes in A Gaelic Blessing, on the same disc; the solid pedal bass mixed with higher, trembling notes in Virgil Fox’s performance of Bach’s Toccata and Fugue in D Minor (LP, Crystal Clear CCS-7001); and the fullness and air of the 32-foot pedal pipes in Gnomus, from Jean Guillou’s transcription for organ of Mussorgsky’s Pictures at an Exhibition (CD, Dorian DOR-90117). 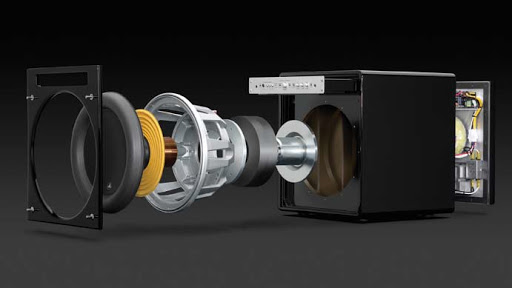 The two Fathom f113s had superb pitch definition, making it possible for me to track scales in the pedal notes played by Olivier Latry in the poco adagio section of the first movement of Saint-Saëns’ Symphony 3, “Organ” (CD, Ondine ODE 1094-5). KR praised this recording in the May issue (p.40), noting how his Fathom f113 captured the power, richness, and distinctive colorations of the organ’s pipes and deep pedal chords.

The Fathom f113s reproduced bass synthesizer notes with great power. In doing so, they added tremendous emotional weight, suspense, and energy to film soundtracks by magnifying ambience and atmosphere. The f113s generated tremendous suspense by mixing the deepest synthesizer growls and surges—they shook the room—with the percussion, chimes, gongs, and snare drums in “Attempt on the Royals,” from the Patriot Games soundtrack (CD, RCA 66051-2); the sinister, shuddering, deep-bass chords in “The Carnotaur Attack,” from Dinosaur (CD, Walt Disney 50086 06727); the disturbingly deep bass rumblings from the Casper soundtrack (CD, MCA MCAD 11240); the claustrophobic, gut-tightening bass line of “Ain’t Yo Bidness,” from Insane Clown Posse’s The Wraith (CD, RIV 9912-2); and the rumbling synthesizer and deep, otherworldly chants of the Gyuto Monks in “Sand Mandala,” from the Kundun soundtrack (CD, Nonesuch 79460-2). 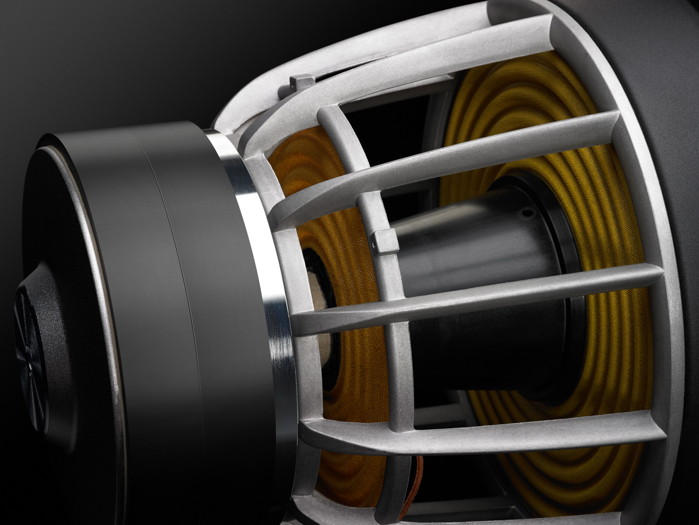 The f113s delivered both the quality and quantity of the deepest bass notes with startling authority. I heard, better than ever before, the massive, surging bass drum and timpani in Stravinsky’s The Rite of Spring, performed by the Minnesota Orchestra under Eiji Oue (CD, Reference RR-70CD): they were well-defined, tight, and musical. When I played David Hudson’s Didgeridoo Spirit (CD, Indigenous Australia IA2003D), the f113s conveyed his didgeridoo’s deep, room-vibrating notes without distorting the instrument’s complex rattle of upper harmonics and deep resonances. And in the Introduction of Strauss’s Also sprach Zarathustra, from Erich Kunzel and the Cincinnati Pops’ Time Warp (CD, Telarc CD-80106), the f113s produced the room-shuddering, sustained, 25Hz organ note while showing no sign of distress.

The Fathoms’ reproduction of double bass had ear-boggling dynamics and pace. Michael Arnopol’s solo at the start of Patricia Barber’s cover of “Use Me,” on Companion (CD, Premonition/Blue Note 5 22963 2), mercilessly hammers away, building tension. A close-miked recording of Charlie Haden and harpist Alice Coltrane playing the duet “For Turiya,” on Haden’s Closeness (LP, A&M SP-710), also brought out a dark sonority in the percussive snap of the bass’s plucked strings against the instrument’s soundboard.

Conclusion
Two JL Audio Fathom f113 subwoofers produced dramatic changes in my audio system. Never before had new audio gear reshaped the depth and width of the soundstage, doubled the dynamic range, and increased the transparency, all at the same time.

Other than the time and care needed to extract the optimal sound, did the Fathom f113 have any limitations for use in a two-channel audiophile music system? I would love to have had a remote control, to have been able to adjust the f113s’ phase and level settings from my listening chair. Some may prefer a more pulsatile, concussive bass than the f113’s more extended and airy variety. And the f113’s lack of a built-in high-pass filter means that a high-quality, external electronic crossover, such as the Bryston 10B-SUB, will be necessary for those running two-channel, music-only systems.

The pair of Fathom f113s reminded me most of the REL Studio III subwoofer, which proved so listenable for its ability to deliver sub-bass extension and room-shaking effects. However, two 130-lb f113s are less expensive, and easier to unpack and move around, than a single 205-lb Studio III. With the Bryston 10B-SUB’s high-pass filter greatly reducing the Quad ESL-989s’ need to pump out bass in the 60–100Hz range, the Quads played with considerable more accuracy, without reinforcing the 50Hz room mode that is usually all too audible at my listening seat.

After listening to orchestras, soloists—even music that contained little bass—I finally understand why JL’s Carl Kennedy shipped me two f113s. Sure, a single f113 could growl, rumble, and pump up my room with huge chords played on the pedals of pipe organs. But two f113s working in stereo worked perfectly with my Quads to deliver room-ambience cues that put me in the scene with the musicians.

I recommend the JL Audio Fathom f113 for Class A of Stereophile‘s “Recommended Components,” and urge you to listen to a pair of them. I’m sure you’ll be convinced, as I was, that the benefits to your system’s soundstaging will be as impressive as they will be in the reproduction of deep bass. My entire system achieved its best performance to date, producing clean, tight, solid bass signals with excellent pitch definition. Great work, JL Audio!