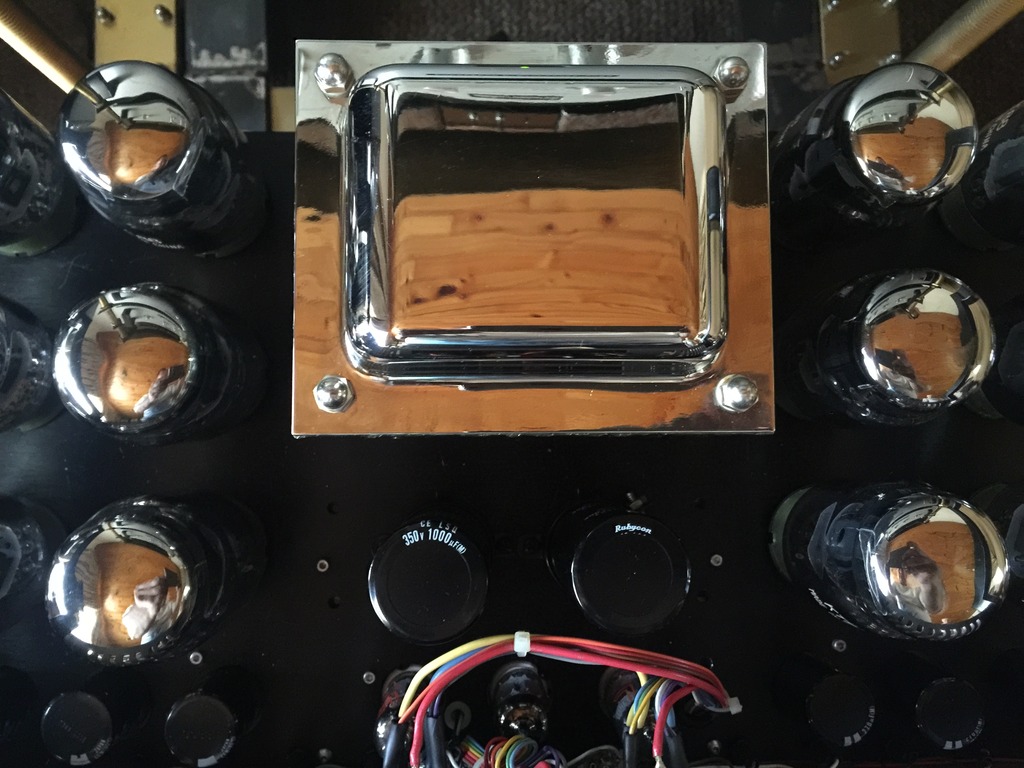 History The Manley Ichiban and 500 watt, later known as 600 watt monoblocks, were built at the old VTL factory back before the Manley-VTL split-up that took place in 1993. They were at the time Manley’s flagship models in the Designer’s Reference Series. Both were 12-output tube designs. The Ichibans were triode strapped for about 200 watts output power (hence the smaller output transformer) and were found in both EL34 and KT90 tube complements. KT90’s first showed up in 1990. The 500’s or 600’s were ultra-linear configured (with a much bigger output tranny) and used either GE 6550A’s in the 500’s before 1990 or KT90’s in the 600’s after 1990. The Input tube was always the 12AT7A or 6201. Some early models used the 12BH7A for driver tubes although most of the actual production models used 6350 driver tubes. Those two tube types have the grids and cathodes swapped on the pinout so make a big note that the 6350 and the 12BH7A are NOT interchangeable without reworking the circuit board!

Manley Ichibans sported solid Paduk wooden sides while the 500/600’s had welded powdercoated steel side-members. Cool features of these amplifiers included the adjustable “slope” and “feedback” controls that allow the user to select different feedback capacitive and resistive values respectively. Also handy were the front panel mounted bias readout tipjacks and tube readout selector even though one still had to address the top deck of the amplifier to make the actual bias adjustments. See here how to do that. Many of the later Manley 600’s and ICHIBANs had MIT-Multicaps. And some of them even had TRIODE / TETRODE switches. But none of them really ever got a proper owner’s manual other than the generic info that was part of the VTL Book. 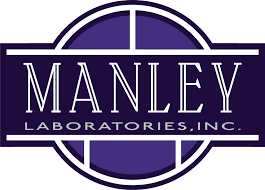 Manley Laboratories, Inc. in recent years has expanded and thrived under EveAnna Manley’s leadership. Our 11,000 sq. ft. building houses our own machine shop, printed circuit board manufacture, audio transformer winding, engraving, and silk-screening facilities. All custom design, R&D, assembly, testing, and quality control processes are performed with precision and pride at the Manley factory, located just 35 miles east of Los Angeles. All MANLEY products are built in Chino, not China. 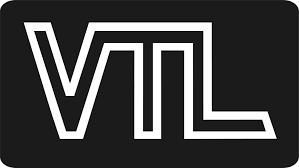 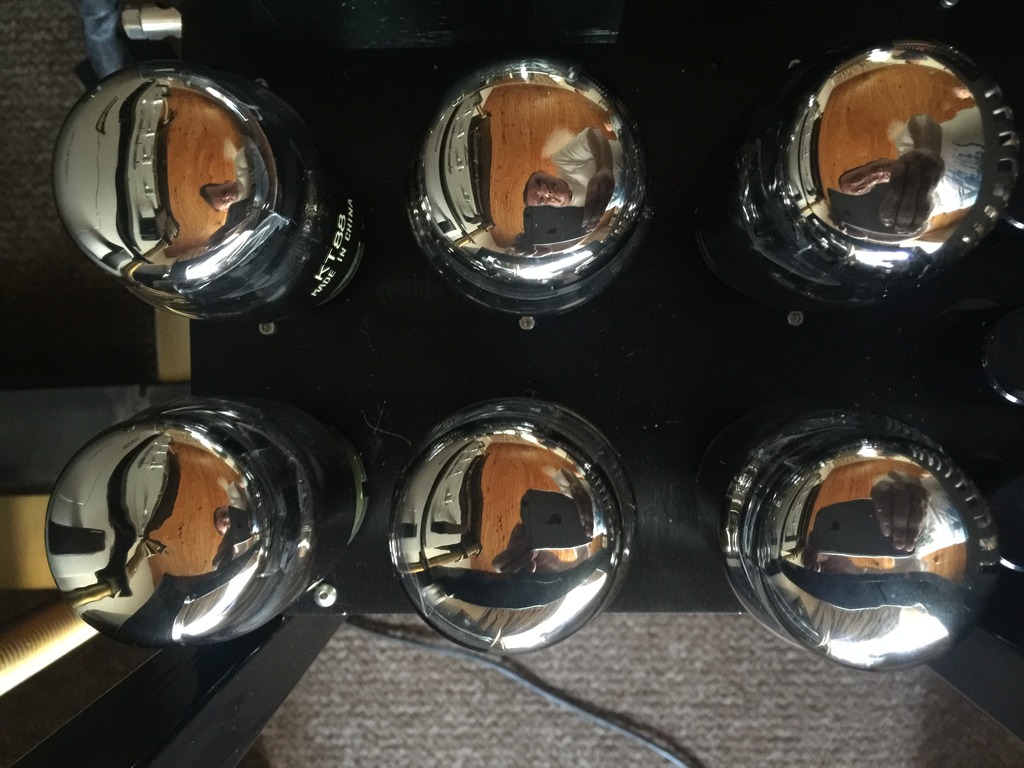 Founded in 1987, VTL is a world leader in high-powered, high performance tube audio equipment for music reproduction in the home.

Originally VTL was founded upon designs that are based on recording studio prototype playback amplifiers. The forerunners to the first VTL products were originally designed in 1980 in South Africa by recording and film engineer David Manley, where the recording studio environment gave the VTL designs their heritage for sonic quality and reliability under long and arduous working conditions. Professional production for amplifiers designed for home audio use was started in Britain in 1983 to service distribution in Europe, where the designs first caught the attention of the worldwide press.

In June of 1986 David came to show at the CES in Chicago and brought with him a sample of his vacuum tube amplifiers that were being produced in Great Britain for the European market. The VTL equipment was a huge hit at the show, and it was during that visit that father and son decided that they would bring the VTL product into the US market, and the beginning of VTL started in Luke’s apartment basement in Providence, Rhode Island.

Production was moved to the US, and VTL as an American company was started in Providence, Rhode Island to manufacture and distribute the VTL designs throughout the US and the rest of the world.

When it became obvious to both Luke and David that the company needed a full-function manufacturing facility, they decided to relocate production to Southern California, to take advantage of the readily available supply of electronics and manufacturing vendors and the labor force that were servicing the defense electronics industry in the Los Angeles basin. In 1987 the factory was moved to its present location in Chino, CA — where all VTL products are made for worldwide consumption, and the same location that VTL occupies now.

Very few of these were made. The Ichiban was the top of the line, part of the Reference Series designed by David Manley.

Each amp is rated at 200 watts in triode, with separate power supply strapped at the bottom to the amplifier at the top. The sides are solid Paduk wood.

The Ichiban, on the other hand, arose from the Japanese and European fascination with triode amplifiers. The concept was an outlandishly high-powered triode amplifier, originally 100Wpc with a dozen 211 or 845 output tubes per channel, intended for the Japanese market. The 211/845 model never came to fruition, but a second version, a push-pull design based on either two (45W) or four (90W) 300B output tubes per channel, was built and sold in Japan and Asia. In the US, the Ichiban was introduced in 1989 as a 200W mono amp with 12 triode-wired EL34s per side, biased to run pure class-A. Later versions used triode-wired KT90s, bringing the power up to more like 275W—certainly fulfilling the original concept of a super-power triode amp. 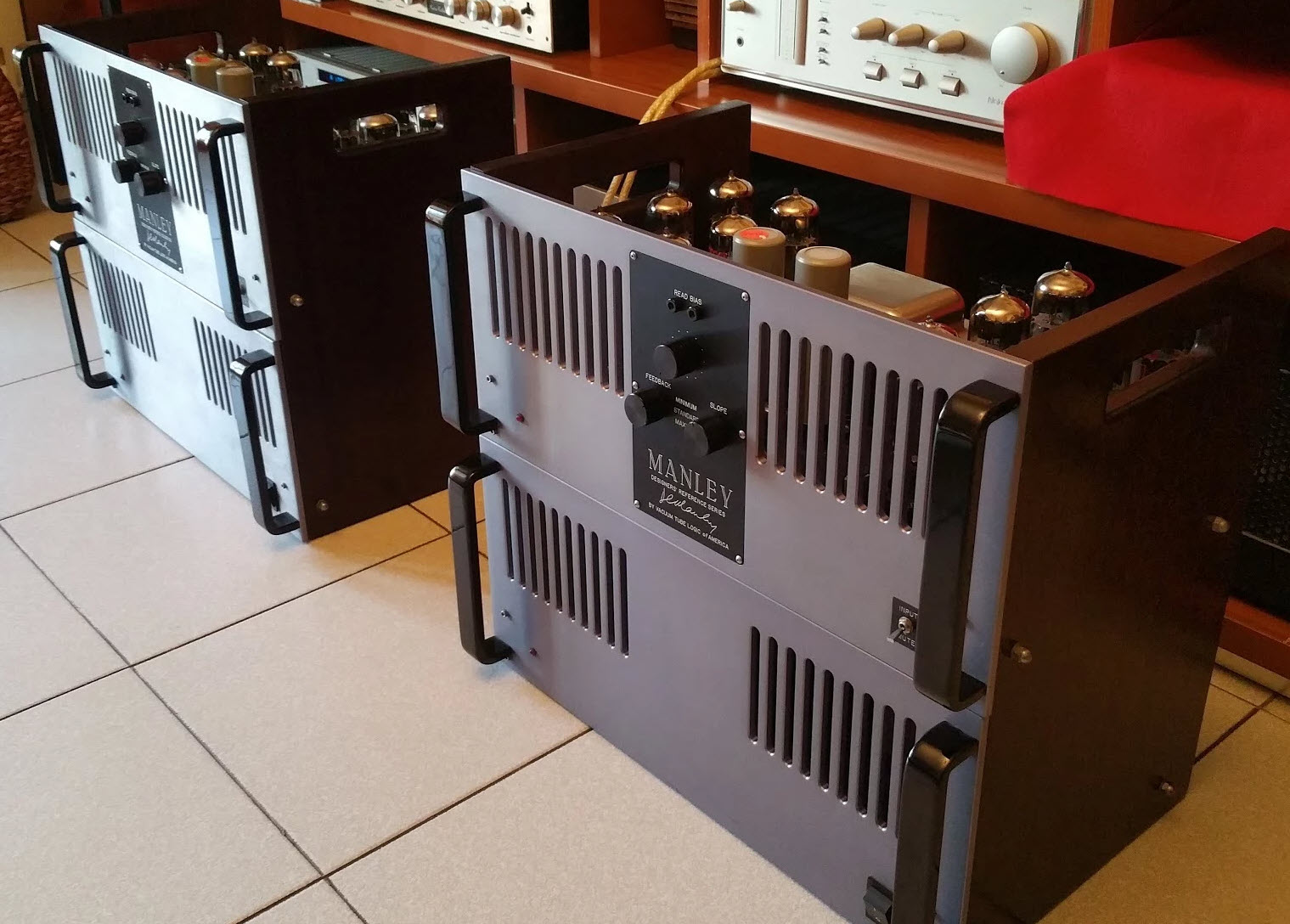 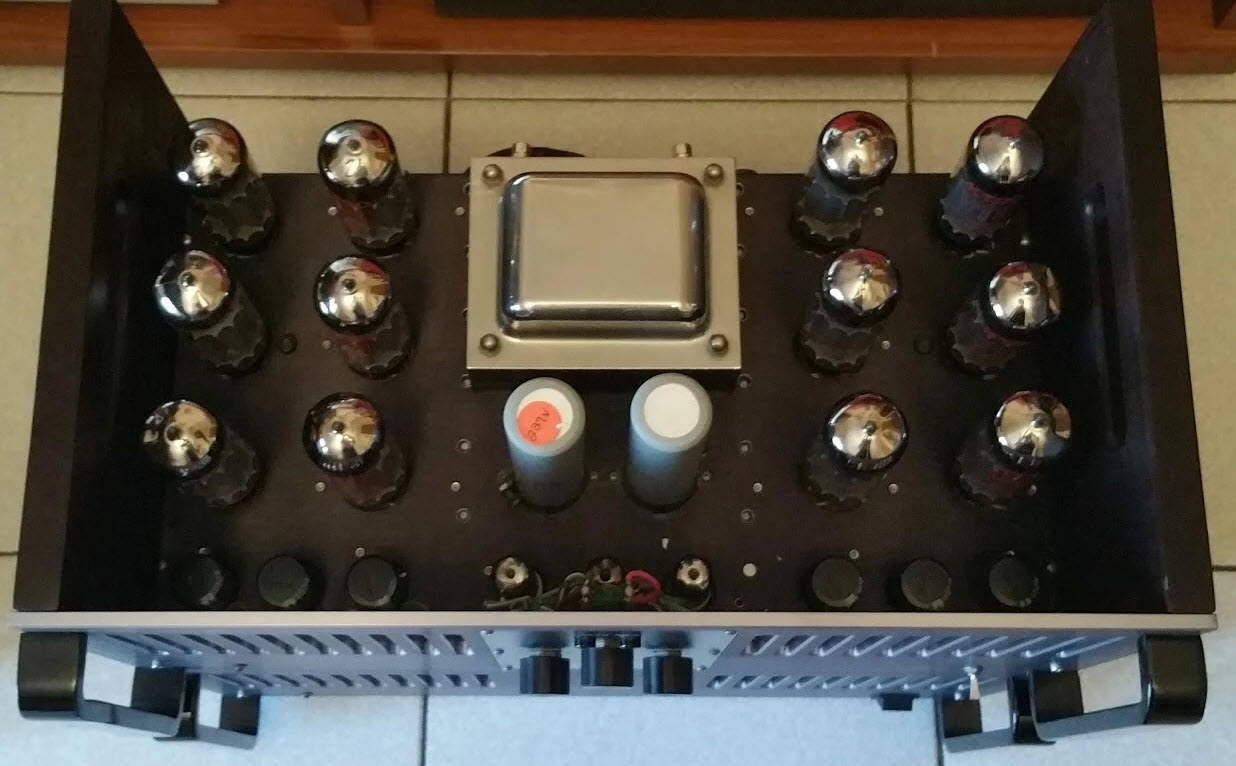 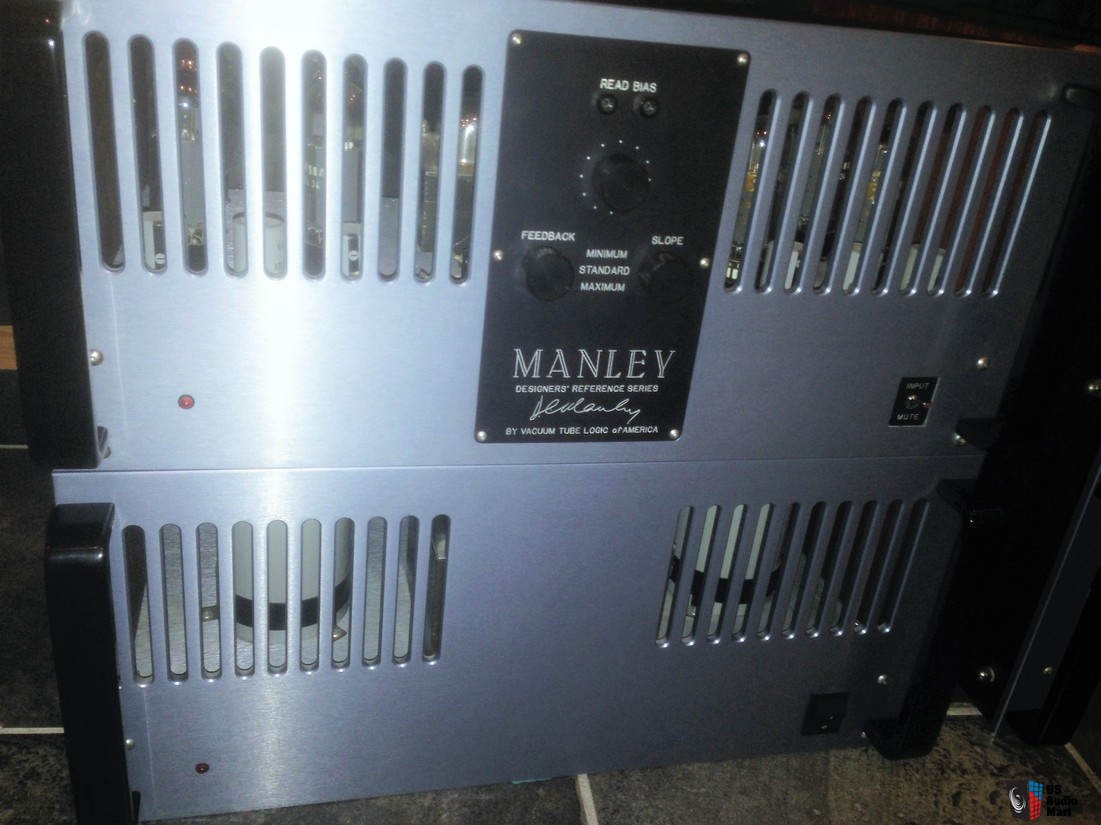 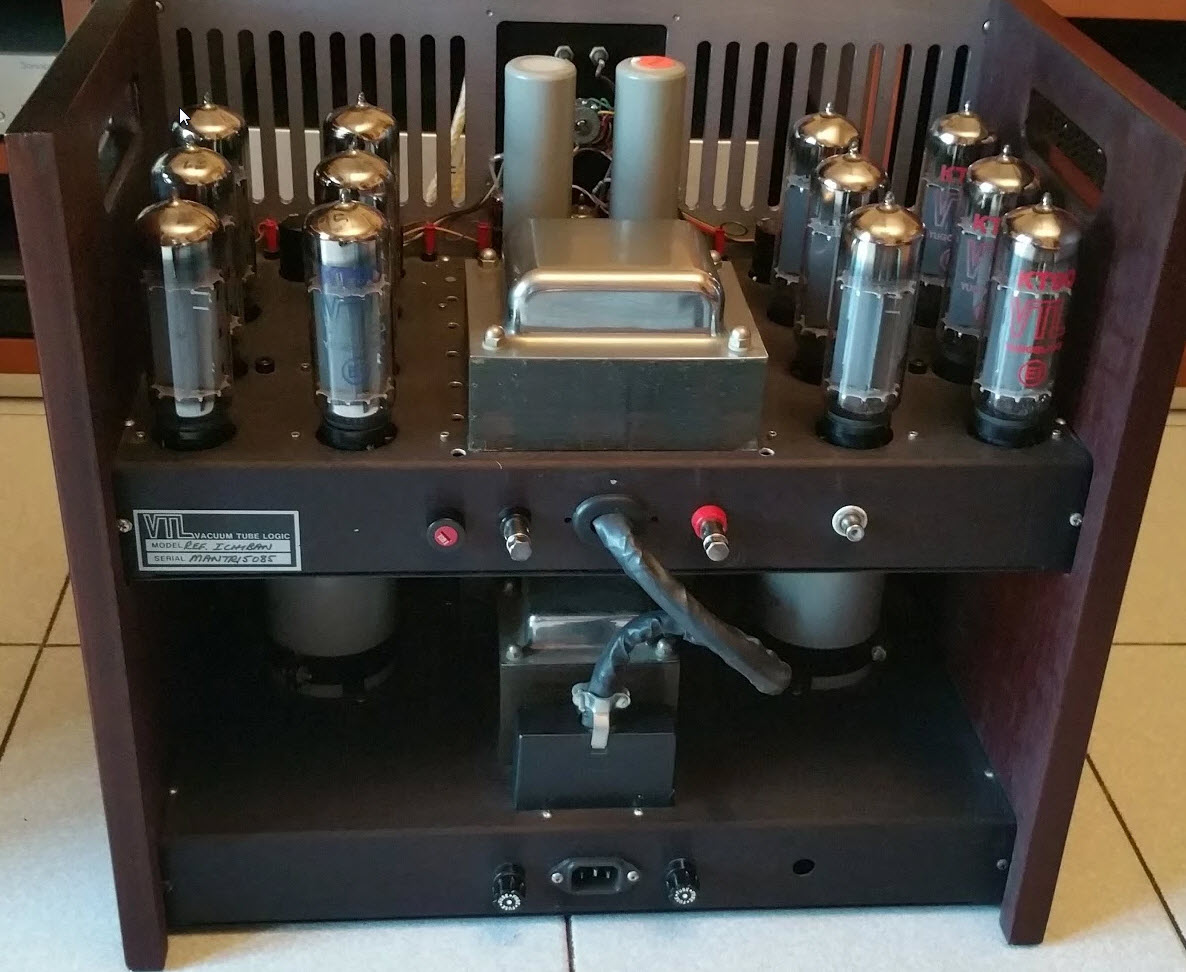 Pre-upgrade Ichibans were notable for their power and dynamics, but even more for their spectacular mid- and upper-midrange bloom. Instruments seemed to expand effortlessly as their volume increased, projecting outward and standing out in stunning relief from the surrounding acoustic environment. The soundstage was huge, and the individual images were rich with harmonics and character—in a word, vivid. In comparison, the updated Ichibans seem more controlled in their dynamic contrasts, and to have less of the original’s dramatic midrange bloom. 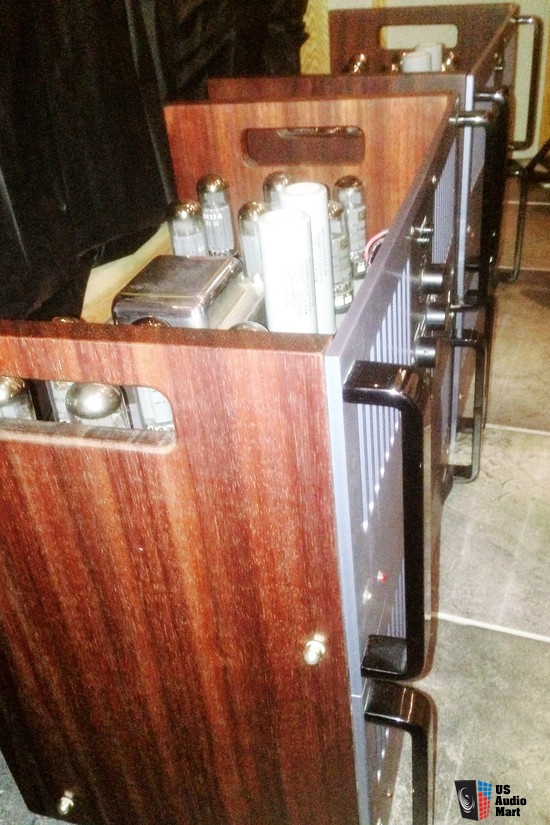 The 500W Monoblock was a growth version of the DeLuxe 300, reported to have grown out of a conversation between David Manley and Harry Pearson of The Abso!ute Sound, who were independently wondering how an ultra-high-powered tube amplifier might affect music reproduction. With 12 KT88 output tubes per channel run in ultralinear configuration and biased to run in class-AB-1, the Monoblock’s 500W of power were targeted directly at the American audio aesthetic of big rooms and inefficient speakers 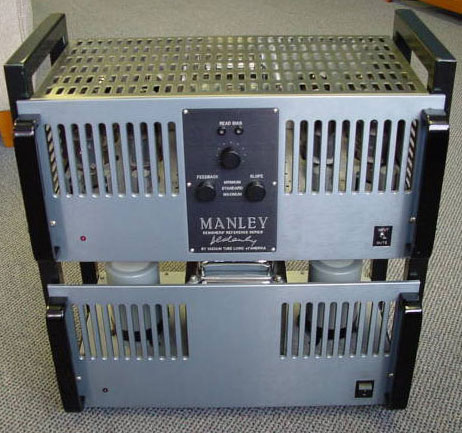 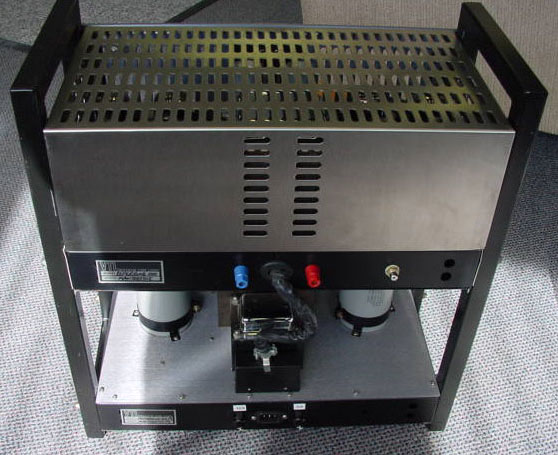 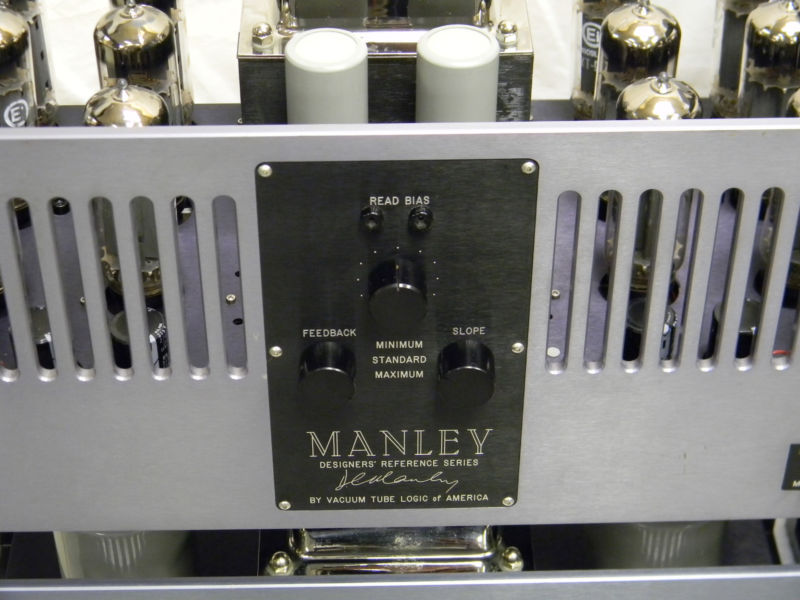 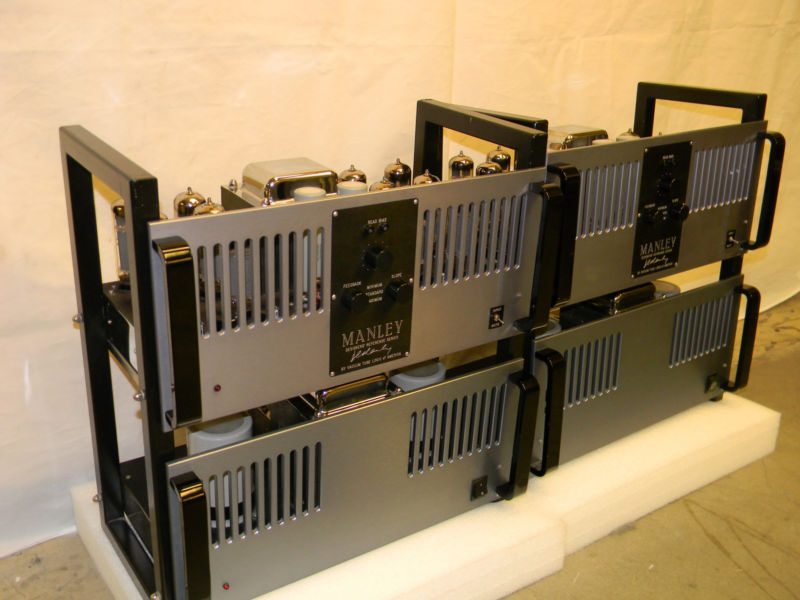 In 1993, the Ichiban and 500W Monoblock merged to become the MB-600 Ichiban. Tetrode/triode-switchable, biased to run in class-AB1, and with KT88 output tubes, the Ichiban’s power output rose to 300W in triode mode, 600 in tetrode. The double-decker chassis configuration was retained, but the redwood side panels were replaced with powder-coated steel rails. A faceplate was added as well, which housed the triode/tetrode switches and a meter and selector for reading the bias on the output tubes. Although the MB-600 was introduced after Luke Manley had taken over VTL, design was finalized under the old regime 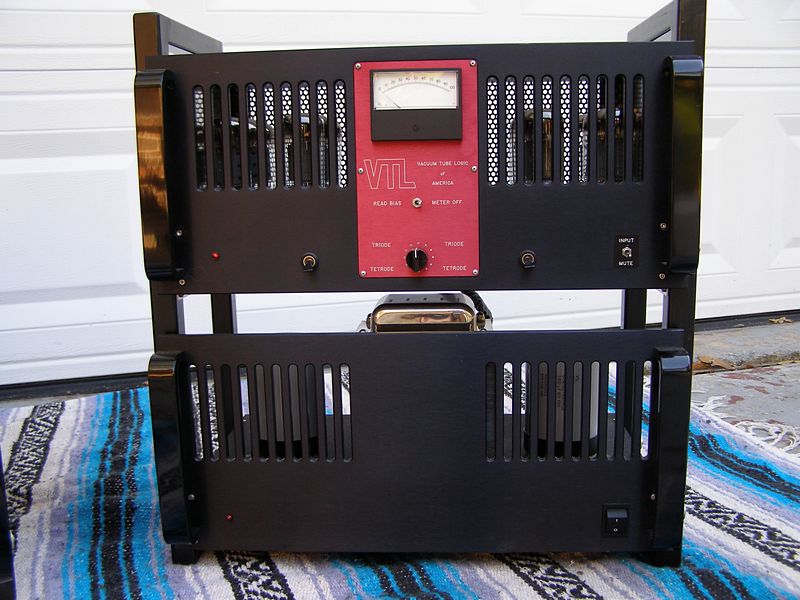 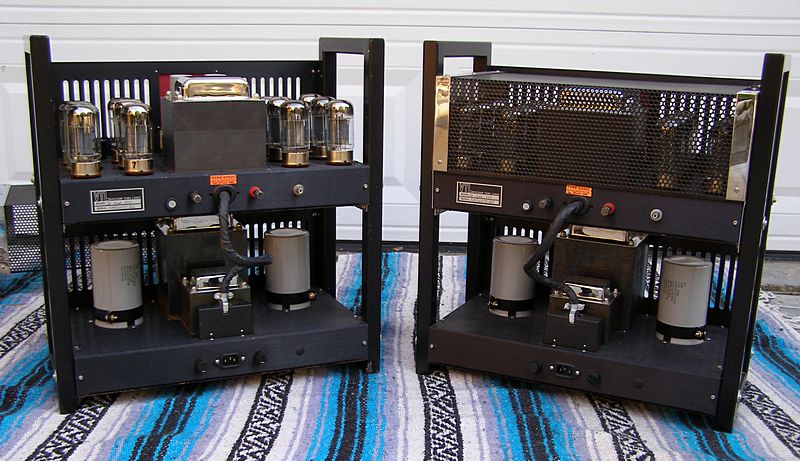 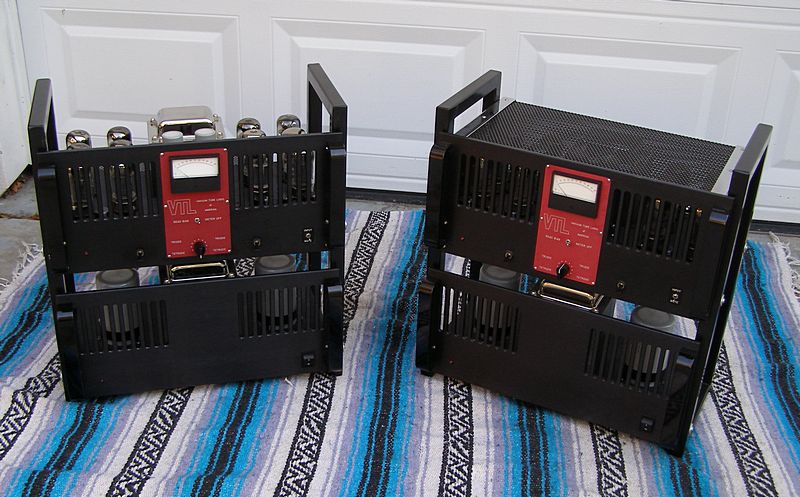 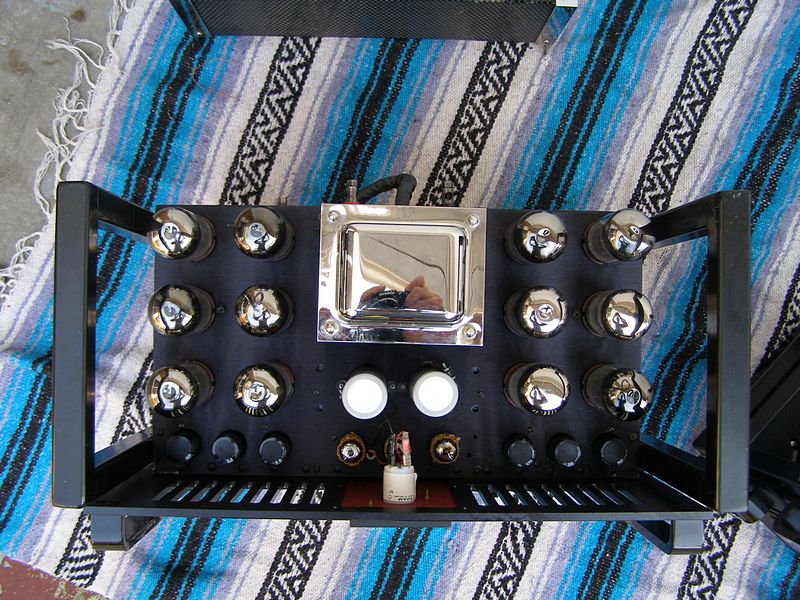 Vacuum-tube monoblock amplifier with class-AB-1, tetrode/triode-switchable, push-pull output stage.
Rated output power: 20Hz-20kHz, <3% THD, 750W (26.7dBW) tetrode, 350W (23.4 dBW) triode. Power consumption: 440W at idle, 1300W at full power. The MB-750s' sonic performance was also beyond reproach. They succeeded spectacularly in all audiophile categories, but, far more important, they were fantastic for simply listening to music. I can't say that they were perfectly neutral, or that they vanished entirely from a system. They did have a subtle but distinctive character, shaded a bit toward the romantic, or warm and liquid, side of perfect transparency, with a slight emphasis of the mid- and upper bass and a slight rolloff at the very top. Similarly, they lacked the nth degree of refinement in their reproduction of low-level detail. Read more…. 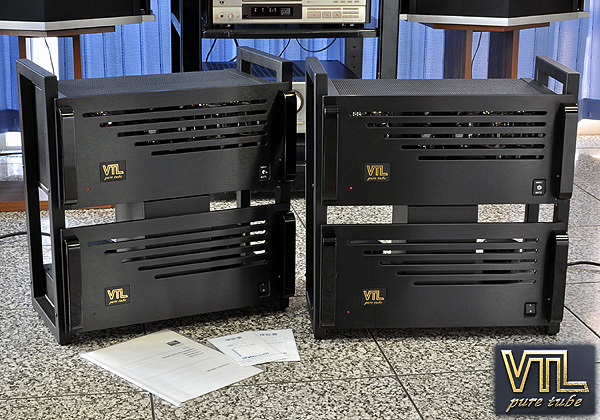 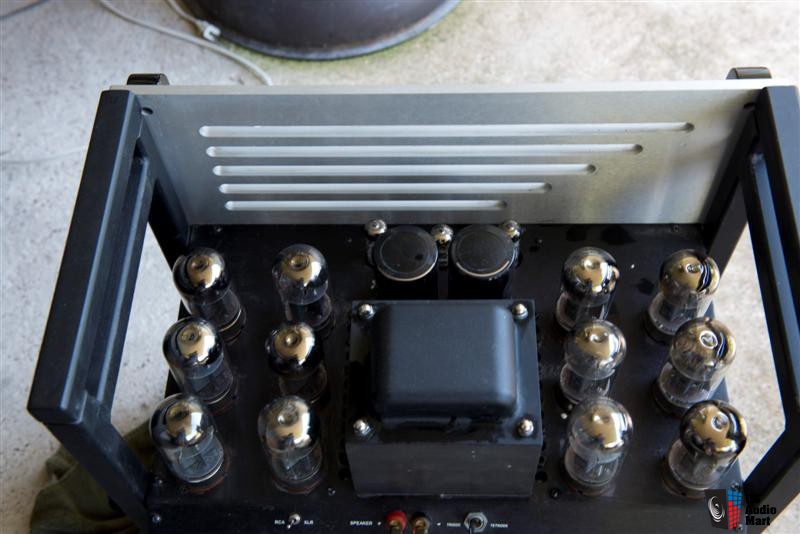 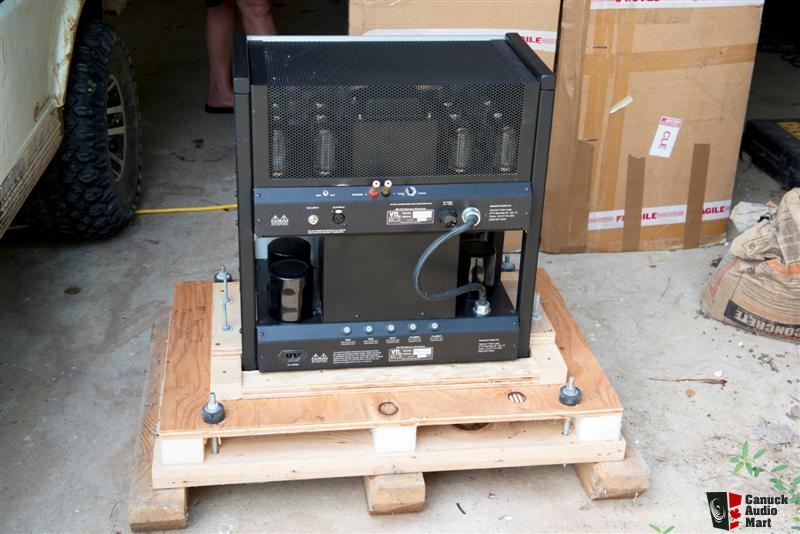 The reality was that the MB-750s did reproduce musical nuance and detail very well, and in a way that was consistent with live music and avoided the excesses of a lot of gear. For starters, they didn’t draw attention to the low-level “chair-squeaking” type of microdetail. Those details were there—as I confirmed by switching between the MB-750s and an amp that several listeners had branded as “pristine” and “exquisitely detailed” 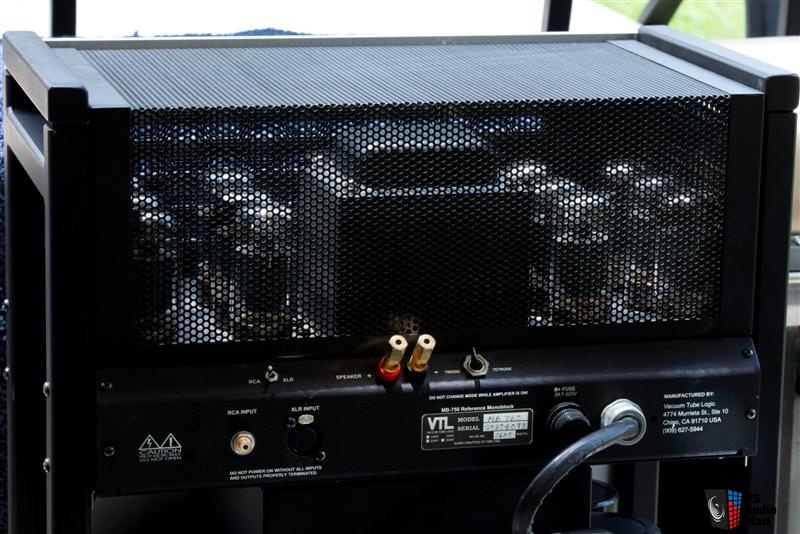 The bottom line on the bottom end is that, particularly when run in tetrode mode, the MB-750s delivered the slam and, more important, the control that I’d hope for with a super-power amplifier. They went well beyond just slam, though, giving bass instruments a realistic dimensionality, character, and warmth that you don’t often hear outside of a concert hall or jazz club.

Unquestionably, the upgraded amps are far better amps—faster, cleaner, more open, and with better detail resolution. Images are more sharply focused, in terms of both inner detail and specificity within the soundstage. The upgraded model sounds more controlled, but it’s not the least bit constricted in terms of dynamics. Dynamic contrasts are just more accurately reproduced, and reproduced evenly across the frequency spectrum as opposed to favoring the midrange. It’s much better at the frequency extremes as well. Whereas the original began sounding soft below about 120Hz, the upgraded version reaches down to the 40s with reasonable punch and control. On top, the upgraded version definitely has more air and extension, with cymbals having noticeably more shimmer and piccolos more presence than with the original.

They are labeled Reference 500 BUT these have 4 upgrades not found on the 500…This is a hybrid Manley 600/Reference 500…. most likely the VTL-MB750 prototype. 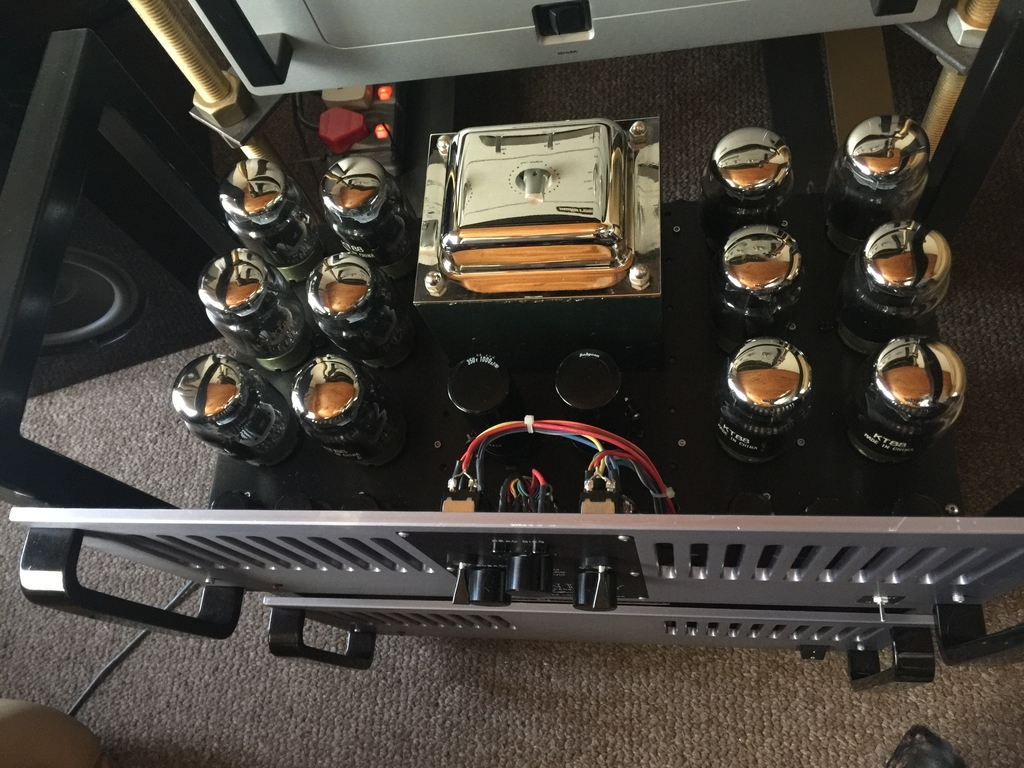 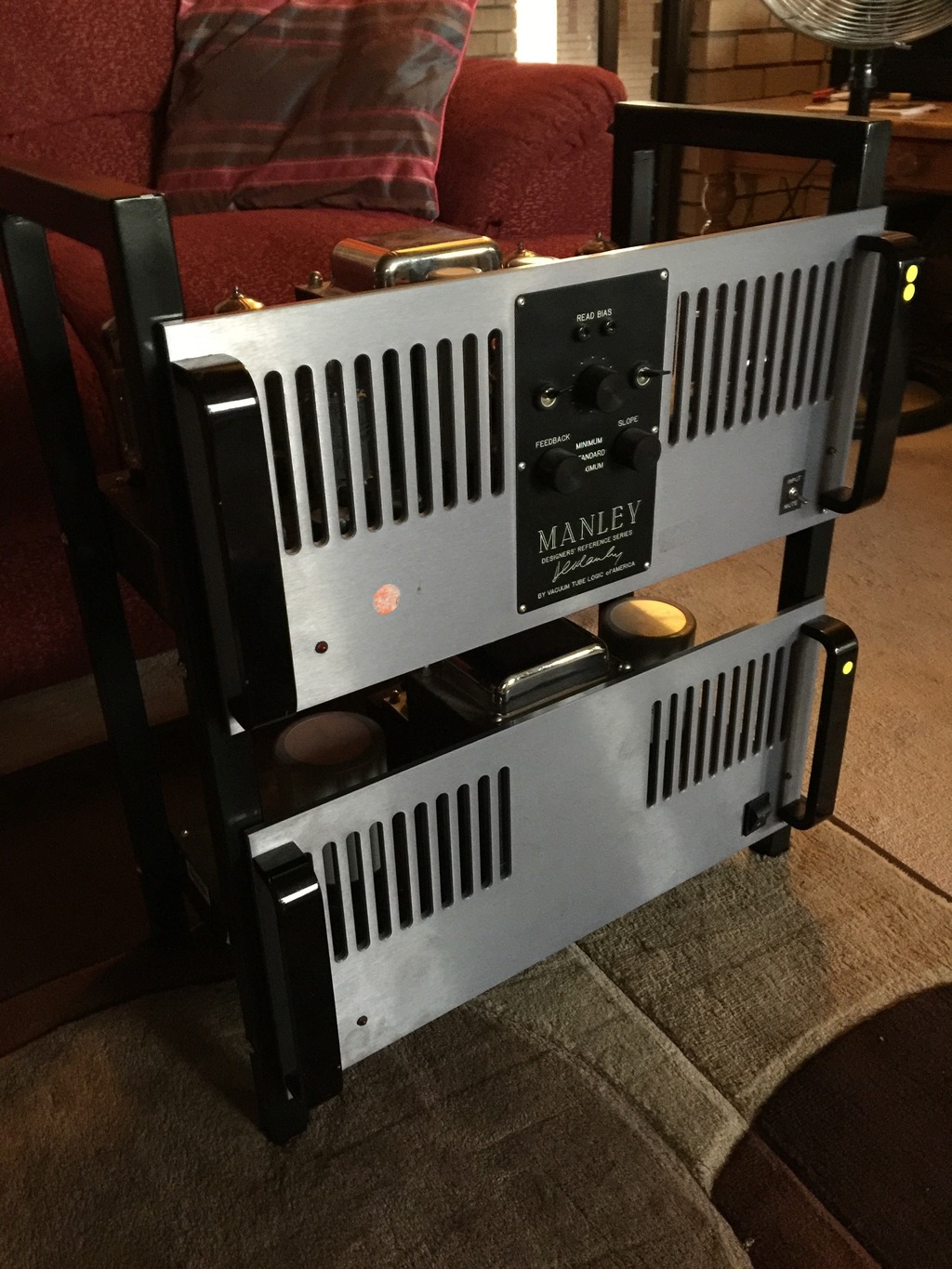 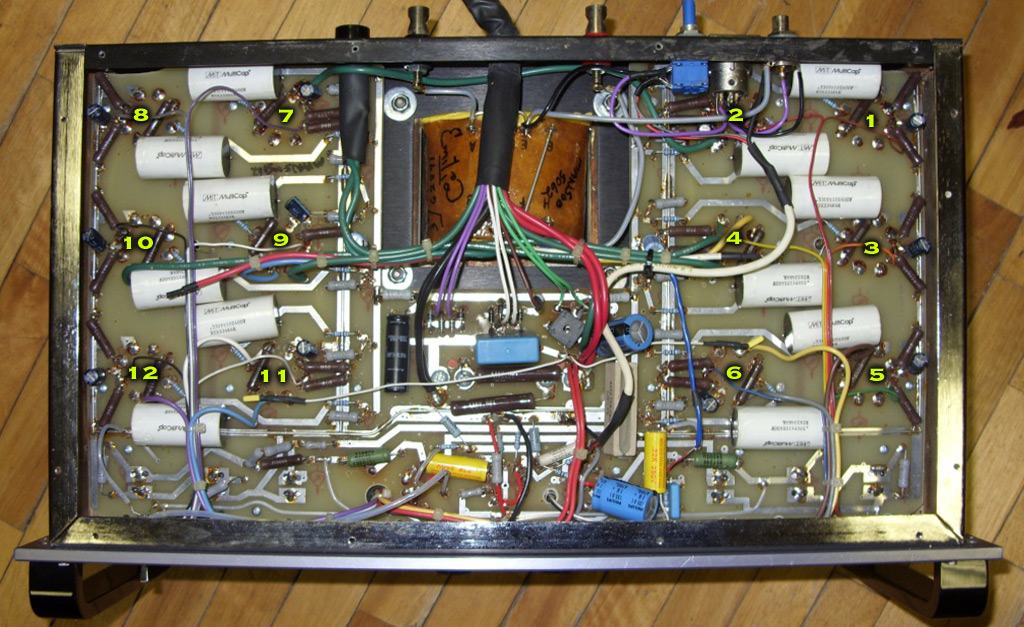 1) MIT caps and upgraded input and output jacks (I would do WBT here anyway)
2) Tetrode/triode-switchable – appeared on the 600W version and VTL MB-750
3) the incorporation of the Signature output transformers and increases in rail voltage and power-transformer size – The ones I have, the transformer is HIGHER than faceplate by 2cm
4) XLR and SE and additional Volume setting at back

Thinking back on it, every single listening session I enjoyed with the Wotans was filled with pleasure. They always gave every inch of their considerable hot-running selves to enliven the musical experience. My hat’s off to Luke Manley. He has fashioned a true statement of the tube-amp maker’s art. Here are incorporated the finest qualities of tubes—and lots of them—with few of their oft-quoted failings. Believe me, you’ll search far and wide before you find another tube amp capable of grabbing a speaker and controlling it as do the Wotans.
Read More…
Description:
All-tube monoblock amplifier with class-AB1, push-pull output stage.
Tube complement per side: 24 x 6550s, one 12AT7, two 6350s.
Output power (20Hz–20kHz into 5 ohms): 1250W tetrode (28.9dBW), 600W triode (25.75dBW). 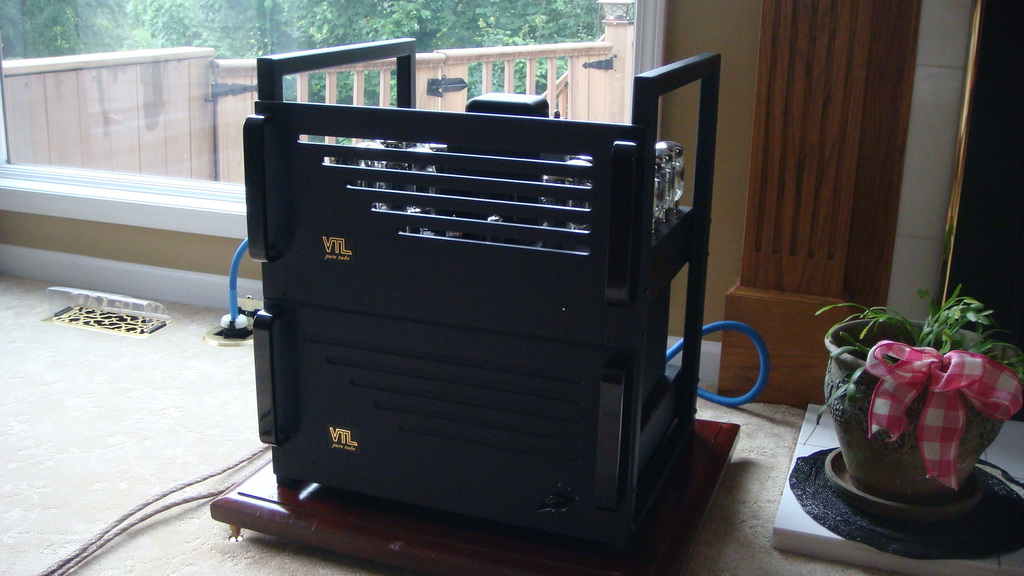 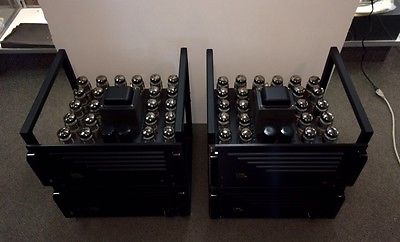 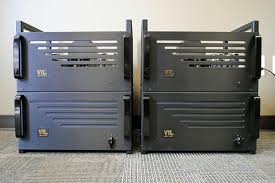 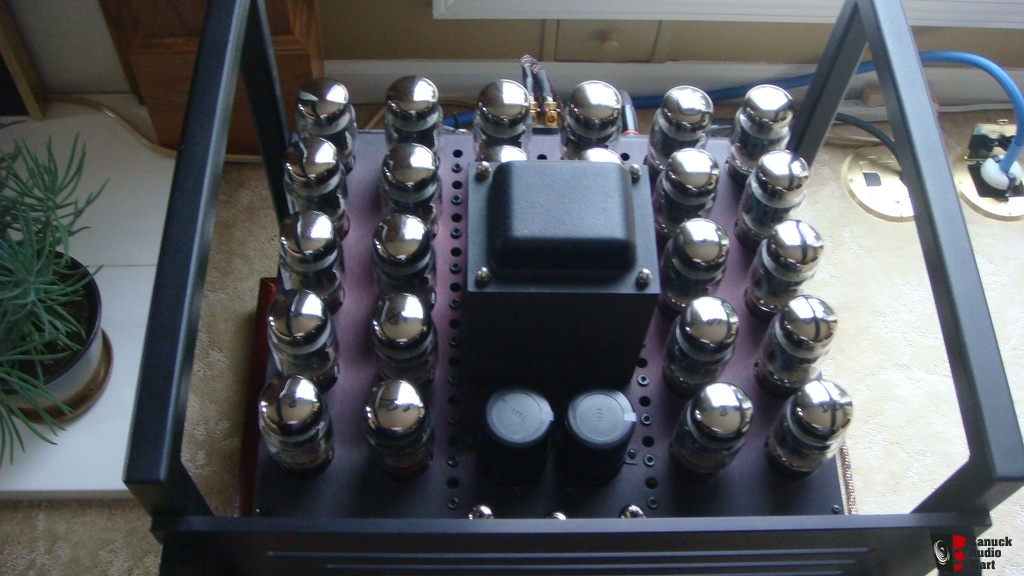 Each monoblock mounts 24 power tubes on the top chassis, and a power supply with three massive transformers and four industrial-grade capacitors on a separate “ground-level” chassis. Imposing in their all-black livery, they make a 19″ by 19″ footprint and stand almost 2′ high. And at 240 lbs each 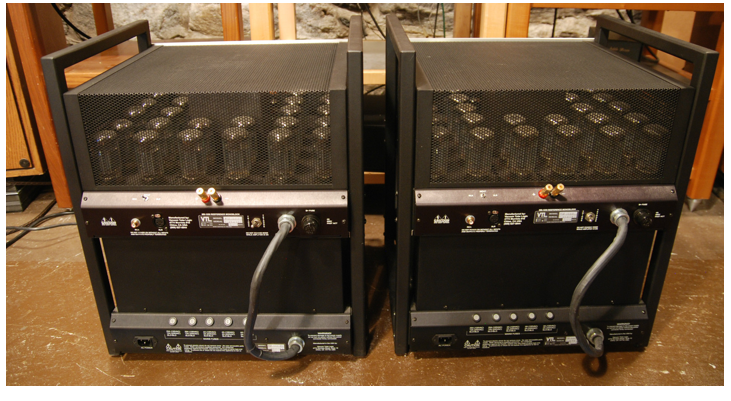 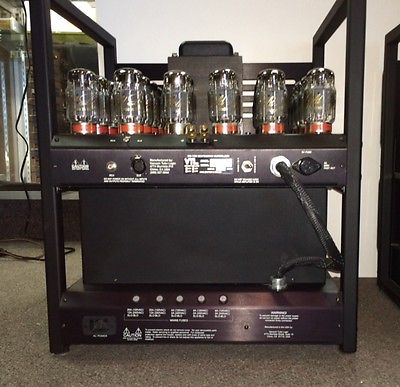